These are the top songwriting teams/collaborations. When you put two or more heads together, you may come up with a hit or two.

1. Paul McCartney & John Lennon
With pop anthems such like "Yesterday" and Let It Be". Lennon & McCartney is argubly the best songwriting collaboraion in the world. With a resume of the best selling band in the world and the most successful songwriter of all-time (McCartney). This dynamic duo tops the list.  2. Rodgers and Hammerstein
Richard Rodgers (1902 - 1979) and Oscar Hammerstein II (1895 - 1960) were a well-known American songwriting duo, usually referred to as Rodgers and Hammerstein. With musicals such as "The Sound of Music" and "South Pacific", their songs have made into the mainstream Pop and became household names. 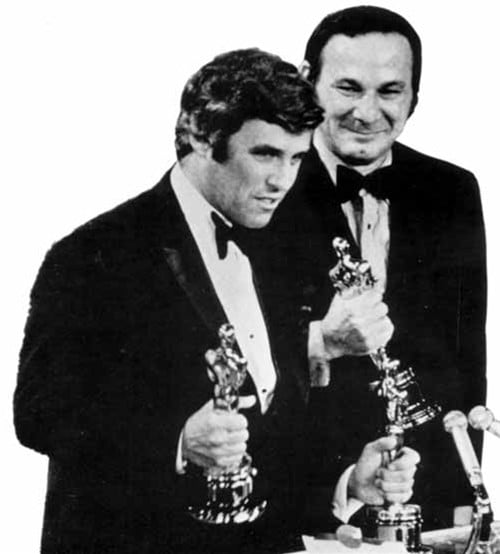 3. Burt Bacharach and Hal David
With hits such as: "Raindrops Keep Fallin' on My Head", "This Guy's in Love with You", "I'll Never Fall in Love Again", "Do You Know the Way to San Jose", "Walk On By", "What the World Needs Now Is Love", "I Say a Little Prayer", "(There's) Always Something There to Remind Me", "One Less Bell to Answer", and "Anyone Who Had a Heart".

4. Elton John & Bernie Taupin
Elton has made magic with lyricist Taupin and wrote hits such as "Your Song" and Candle In the Wind". In fact the only time he didn't use Bernie was his "Victim of Love" album which resulted with no hits.
5. Jerry Leiber & Mike Stoller
With hits such as "Hound Dog", "Stand By Me" and Jailhouse Rock". They have written the soundtrack of the 50's and beyond.
6. Holland, Dozier, Holland
Holland-Dozier-Holland is a songwriting and production team made up of Lamont Dozier and brothers Brian Holland and Edward Holland, Jr. They are one of the greatest songwriting teams in pop music. The trio wrote and arranged many of the songs making up the Motown sound that dominated American popular music in the 1960s with hits such as "Heat Wave", "I Can't Help Myself (Sugar Pie Honey Bunch)", "You Can't Hurry Love" and more.
7. Carole King & Gerry Goffin
With iconic hits such as "Will You Love Me Tomorrow", "Up on the Roof" and "(You Make Me Feel Like) A Natural Woman".
8. Barry Mann & Cynthia Weil
With pop anthems such as You've Lost That Lovin' Feelin'", "Never Gonna Let You Go", "Make Your Own Kind of Music". This husband and wife team went on to create songs for numerous contemporary artists, winning a number of Grammy Awards and Academy Award nominations for their compositions for film. 9. Mike Stock, Matt Aitken and Pete Waterman
Also known collectively as "Stock Aitken Waterman", this UK team has written #1 80's iconic hits such as: "Never Gonna Give You Up" by Rick Astley, "Respectable" by Mel and Kim, and more. 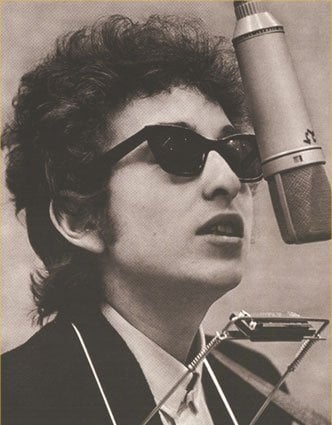 1. Bob Dylan
With inconic songs such as "Blowing In The Wind", "Like A Rolling Stone" and "Times Are A Changing", Dylan social messages ranked high above other songwriters today.

2. Paul McCartney
Paul is the most successful songwriter in the world, according to the Guiness Books of world records. With his stints in the greatest rock group in the world "The Beatles", later with "The Wings" and went on to a solo career. With his late co-writer Lennon,they are considered one of the greatest songwriting collaboration in history.

3. Elton John
He has written numerous hit songs with Bernie Taupin, their iconic songs "Your Song", "Candle In The Wind", "Rocketman". Not a day goes by that you do not hear any of these songs in a cover band in a hotel bar.

4. Neil Young
Neil has been in lengendary bands such as "Buffalo Springfield", "Crosby, Stills, Nash & Young" and later on a solo career.

5. Bruce Springsteen
With rock anthems such as "Born To Run", "Born In The USA", "Glory Days", need I say more?

6. Diane Warren
Just about every artist has cut a song written by Diane Warren. She was the first songwriter in the history of Billboard magazine to have seven hits, all by different artists, on the singles chart at the same time. Warren owns her own publishing company, Realsongs, which gives her control over her songs. Her number 1 hits include "Because You Loved Me", "Un-Break My Heart", "I Don't Want to Miss a Thing". She still remains the most in demand songwriter in the music industry today.

7. Desmond Child
Desmond has written iconic number 1 hits such as "Livin' on a Prayer", "You Give Love a Bad Name" and "Livin' La Vida Loca". His diverse list of artists such as Bon Jovi, Ricky Martin, Cher, Aerosmith and Clay Aiken, Desmond is running close to Dianne Warren.

8. Paul Simon
From his days with Garfunkel, his solo career, his stint with South Africian music, Paul has written songs that mean something.

9. Brian Wilson
Brian was the primary songwriter in The Beach Boys, also functioning as the band's main producer, composer, and arranger. In 1988, Wilson and his band-mates were inducted into the Rock and Roll Hall of Fame, which refers to him as "One of the few undisputed geniuses in popular music".

10. Leonard Cohen
Leonard Norman Cohen is a Canadian singer-songwriter, musician, poet and novelist. In 2010, Cohen received a Grammy Lifetime Achievement Award. Lou Reed described Cohen as belonging to the "highest and most influential echelon of songwriters."

Songwriting Tip: Keep a Book or Recorder of Melodic Or Lyric Ideas 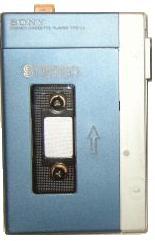 I sent a tweet last week and received so many comments and ideas from songwriters on how they record any ideas of melody, chords and lyric ideas.

These spur of the moment ideas can develop into a hit song or developing parts of a song when you least expect it, run out of ideas or need to finish writing a song.

Here are some quick and simple ideas:

1. Scrap Book Paper. Have a book by your desk, bed or car handy to record any ideas you may have.

2. Flash Cards. Misha Sakharoff, a songwriter that is a fan on USA Songwriting Competition's Facebook page said he uses flash cards together with flash compatible cell phones.  He also remember to make backups once in a while.

3. Recorder. Whether it is old-schooled cassette recorder like the sony walkman recorder, MP3 or WAV recorders, this can be a great tool to record your most spontanous melodic ideas. Even hit songwriter Diane Warren records on a small tape recorder gives proof that you do not need the most advanced tools all the time.

4. Music Manuscript Staff Paper. For composer and songwriters who think in terms of melody, a quick sketch of how you want the melody to go can be great especially if you have writers block.

5. Cell Phone. Yes, with cell phones getting more advanced these days, songwriters record ideas on thier cell phone wherever they are. China Street, a fan of USA Songwriting Competition's facebook page said "I also record mine on my cellphone and along with my mini cassette player."

Inspite of the floods in Nashville, the Bluebird Cafe showcase, presented by the USA Songwriting Competition was a full house! A big thank you to all that showed up to support our songwriters. 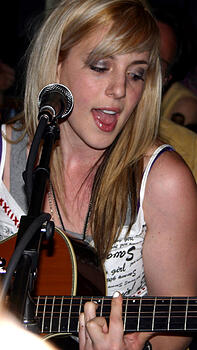 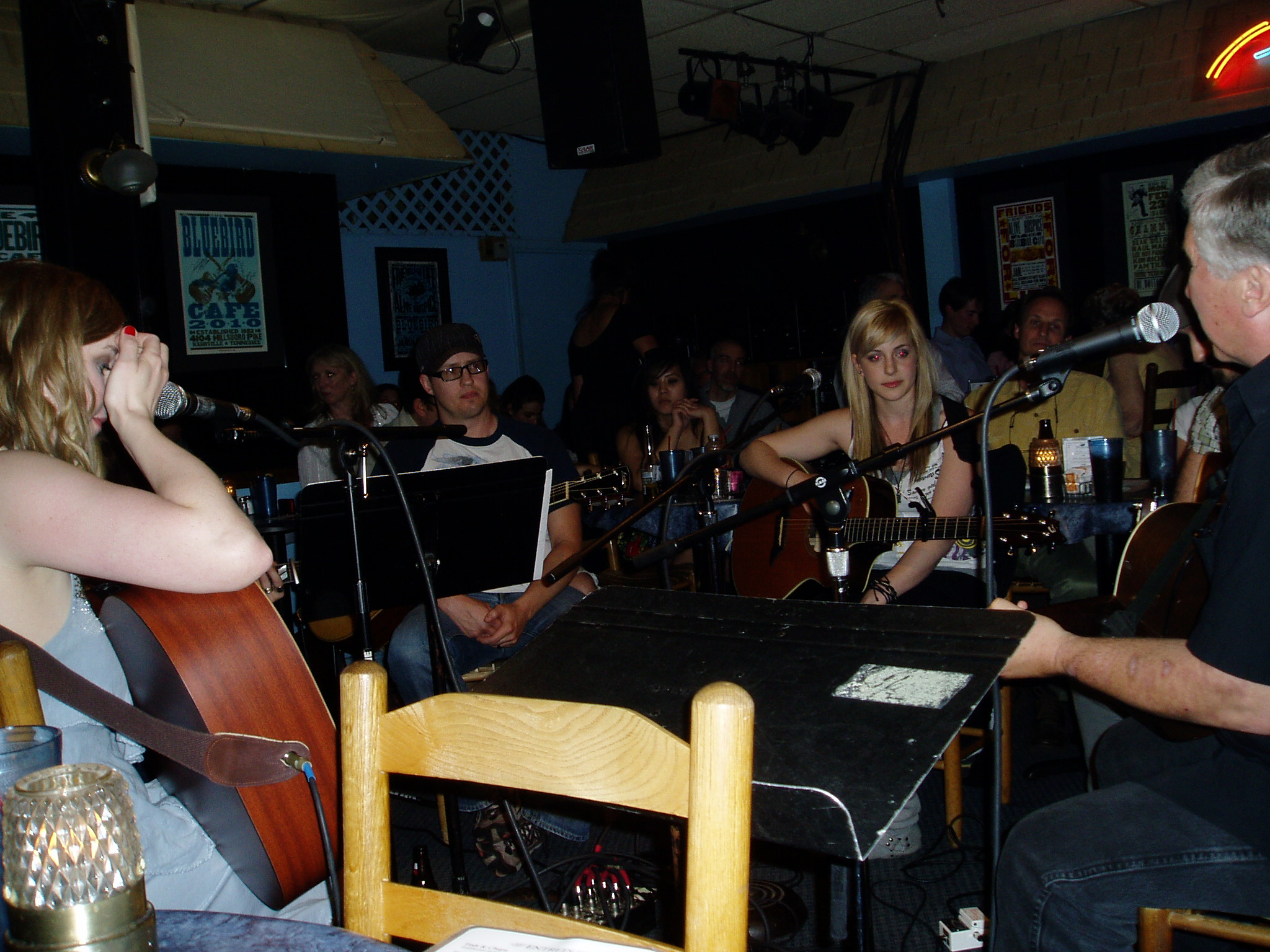 Here is Will Hopkins performing: 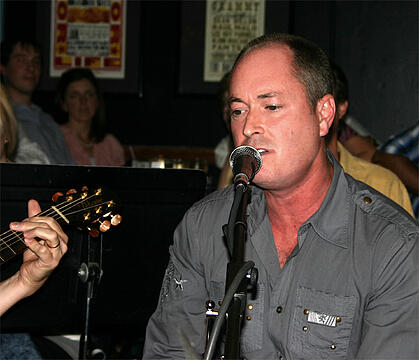 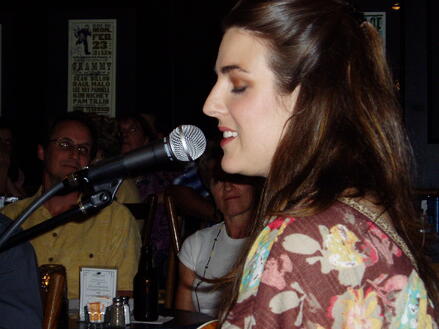 Liz Miller was the host for the showcase. Thank you Liz! She took pictures and videos.Here is a video of Carla Cappa performing with Jonathan Ferreri:

Click here to see other videos from the showcase:

Tune in to the USA Songwriting Competition Podcast.

Music featured in this episode by:

Kyler England – You And I

Eric Colville - The End of War

Ari Gold – Where the Music Takes You

Kate Voegele – Only Fooling Myself