How to Become a Topline Songwriter

[Songwriting Advice] How to Become a Topline Songwriter 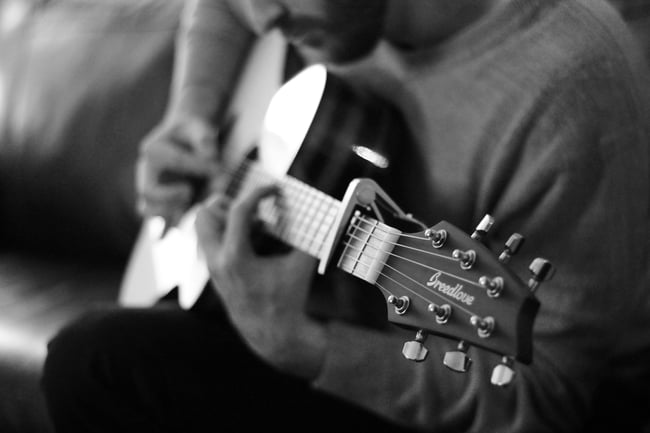 Toplining is writing a vocal part over an already written music bed. This is popular in the EDM, Pop, R&B, and Hip-Hop/Rap world.  It is a different sense of songwriting in the part that you’re writing a crucial section of the song, but it is not songwriting in that you’re creating a new totally song from scratch. If someone hires you to do toplining, they’ve already created the "beats" or music and you will be expected to write the rest - the melody and lyrics.

What skills do you need as a Topline Songwriter?

If you’re a topliner, your main musical gifts are your ability to

In 2011, there was a famous legal case involving DJ Avicii vs Leona Lewis, as they settled a dispute in which the Swedish DJ had attempted to get a high court injunction to block the release of Lewis's new single, Collide, alleging that the instrumental track for the single was copied from Avicii's forthcoming single, Fade Into Darkness.

So how did Leona Lewis end up recording an almost identical track to Avicii's without realising their releases were going to collide? It's because of the common practice – especially among DJ/producers and dance labels such as Avicii's label Ministry of Sound – of sending out a track to a multitude of topline writers, asking them to come up with melody and lyrics (the topline) for the track. The writers then have to record said topline, so the DJ can have his pick of the bunch and select the one he/she likes best. In this case, one of the topline demos containing Avicii's backing track that was not picked found its way to Lewis, who recorded it, prompting the dispute.

Why do people hire topliners?

Producers are often really talented at creating beats and synth tracks. They can do this part but aren’t confident in their vocal melody or lyric writing skills. That would be where a topliner comes in. Sometimes instrument players want to hire topliners instead of writing the whole thing themselves. There are many possibilities!

Many writers do it for EDM, Pop, R&B, and Hip-Hop/Rap producers, commercials, bands, and other situations where people don’t want to write the vocal part. The other 10% is songwriting – writing the full song for clients from the ground up. If you want to get paid work as a songwriter you’ll definitely want to try toplining as an option.

How do I get started as a topliner?

First, you’ll want to hone your craft. Don’t take a paid gig until you know exactly how to do it. Get some free music beds or background music online and practice writing to it.  See how many ideas you can create. Use one track to create several songs. Set up your social media and let people know you’re available for toplining services.

How do I get paid for toplining?

This can be tricky, since you are writing part of the song but not all of it. You can work this several ways.

I actually don’t recommend this one often. Unless you are sure the song will sell and generate revenue (if the client already has proven sales and a large following), you’re unlikely to make a ton of money off of royalties. Still, if you want the work and the client doesn’t have money but is willing to split 50/50 with you, it might be an option

Option 2: Work For Hire (no royalties, all up-front pay)

This is most common for many topline writers. Many writers do this because they are not sure what will happen to the song after they are done with it, and the writer need the money up front (musicians don’t often live lavishly, in case you’re wondering). However, the obvious downside to this is that if the song ever does become huge, the topline writer will make nothing off of sales. So it’s important to decide if this is a risk you’re willing to take.

Option 3: A combination of the above

Let’s say you are offered a lower rate than you would normally accept, or the client doesn’t have enough to pay. This is a good time to negotiate royalties with them if you’re willing to do this. Create an amount of up-front pay combined with royalties that will make both of you happy.

Toplining isn’t for everyone, but it is not taking the place of traditional songwriting. But it’s a reflection of today’s new technological possibilities. Done well, it can result in catchy songs that are fulfilling to write.