Pictures and the Physical Plane

PICTURES AND THE PHYSICAL PLANE 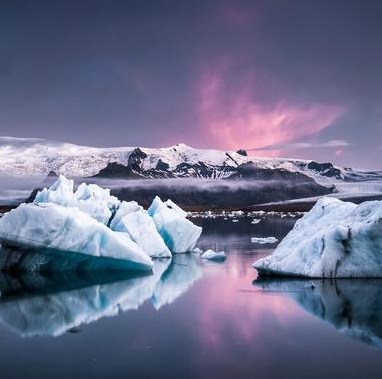 But have you ever asked yourself why it’s so important to use pictures? Why can’t people communicate in abstract ideas? Why is the impression not as lasting and the message not as clear?

I think it’s because, as human beings, we are part matter and part non-matter. The material parts of us, the body and body-oriented mind, crave visual impressions, tactile sensation and other sensory input. We like to eat and look and smell and taste because we have bodies. But we also seek meaning because we are more than bodies. This cohabitation of physical and ethereal is who we are. So in art, we seek both the concrete and the abstract. Maybe the message is abstract, but we crave for it to be delivered in a concrete way, with the senses involved.

When I was studying John Donne’s poetry in college, one of the most fascinating concepts to me was the actual definition of Platonic love. It was misconstrued to mean love without sex. But I was taught its actual meaning was one of sex where the bodies were engaged but the souls were also. I think the best songs are those that pay due homage to the senses, but also deliver a message with meaning beyond the physical. In “The Song Remembers When,” by Hugh Prestwood, for instance, every verse describes a scene we can see, from the check-out counter when the song comes on, to driving through the Rockies, etc. But beyond and within the pictures, there are messages that contain irrefutable human truths. Among them are the following: 1) when we love with innocence and optimism, we never really forget that love, we can only suppress the memories, and 2) music will bring back a memory against all will to the contrary. Prestwood couches irony and regret in these symbolic terms: “But that’s just a lot of water underneath a bridge I burned...” It calls up the pictures, but they take on a deeper dimension through the twisted cliches being linked together in an original manner.

We’ve been talking about lyrics, but music is one of the elements in art which speaks directly to our true nature, which is not physical. Melody and harmony can communicate straight to the spirit. Maybe that’s why for certain audiences, who seek to deny the non-physical, volume and drums are extremely important. It’s hard to get music to appeal on a physical level without them. Yes, music goes in through the ears, but it affects us on a level which is simply not “of this world.”

This physical and spiritual dichotomy/co-existence shows up in many areas of the music field, not only in writing. In fact, it occurred to me the other day why we’re having so much trouble explaining to people what an intellectual property is and that stealing a song by downloading it is just as criminal as stealing a book from Barnes and Noble. They think if it’s a song and it’s on the radio or the Internet, it’s just air. It doesn’t have “physical properties” so it doesn’t really exist for these people. It’s a level of awareness that suggests “asleepness,” but many people are, for the most part, asleep. In their unawareness, they believe what they can touch and feel and see is all that exists. And yet they are moved by the more ethereal component of life. They will fall in love with a personality and swear it’s a body they love. They will take hours arguing against the existence of any spirituality insisting that all prescience is coincidence. They’re not necessarily from Missouri, but “show me” is their motto. And the proof had better be physical.

Is this person your target audience? If so, then you’d be well advised to involve the senses in your lyrics. When you have the choice to be sensual or not, be sensual. If you have any other message, “lay it between the lines,” as Peter Paul & Mary said in “I Dig Rock & Roll Music,” because these listeners don’t want to be bothered and will miss the deeper layers anyway. Even if your target audience is awake and aware, use pictures with them also. Lead your audience to the story you want to tell by using sensory images. They’re simply more lasting. They’re also very forgiving. There are artists who are pretty unfathomable, but they use enough pictures that they get away with murder in the area of communication.

In Texas during my mother’s era, there used to be an expression, “The way to a man’s heart is through his stomach.” This was not advice to surgeons. It was advice to women. Feed the man first. The same goes for songwriters. Feed your audience pictures. Listeners eat them up. But then give them something to digest, something for the heart that involves them, lifts them, inspires them, moves them as people, not just people with bodies.

After all, we have a very powerful weapon in our hands: a song. We might as well use it with some degree of responsibility.