5 Ways for Singer-Songwriters to Improve Their Chances of Success

5 Ways for Singer-Songwriters to Improve Their Chances of Success 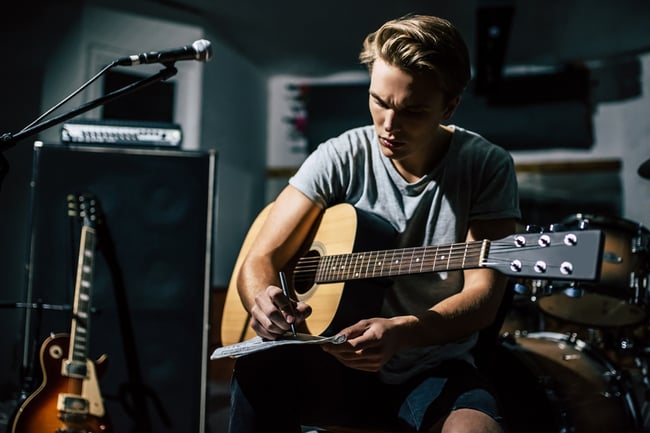 We’re all familiar with the standard rules given to those who think they want the fame, glory and money that comes from being a successful singer/songwriter – work hard, practice, smile, be nice to people, etc.  In the forty years or so that music industry veteran Larry Butler has worked with some of the most successful artists in the business, he says he’s found a number of pieces of advice that you’re probably not going to find in those well-worn lists. Here are five taken from his new book The Singer-Songwriter Boot Camp Rule Book: 101 Ways To Improve Your Chances Of Success.  None of them involve smiling.

Make sure that MUSIC is the ONLY thing you want to do in your life to the exclusion of everything else.

The most successful music and performance stars I’ve worked with over the years were focused. And they weren’t just focused in the normal sense of working on something and then taking a break; nope, they were SUPER FOCUSED. No time off. Nothing else mattered. Not family, not friends, not loving relationships, nothing. If you weren’t somehow related to helping them succeed, you were in the way and did not matter.

A cautionary note: Do not have a back-up plan. If you have “something to fall back on,” you will end up doing that instead. Make sure that this is all there is in life for you to do––singing, songwriting, performing, and entertaining. And only do those things. Everything and everybody else is in second place.

Do not listen to your family, friends or fans. They’re way too close to you to be objective about you, your music or your show.

Your family, friends and fans, for all their genuine belief in you and your talent, probably don’t know much about music or how to entertain an audience. Even if some of them have been in bands or on stage in their lives, they’re all way too close to you emotionally to make an accurate assessment of your music and your show. You’re not nearly as wonderful as they say you are. How would they know?

You’re going to need evaluation and instruction from an unrelated, professional live performance coach on the fine art of taking your well-honed singer-songwriter performance skills and moving them up into the rarefied air of ENTERTAINMENT. Just the ability to write songs and accompany yourself on piano or guitar as you sing them is not, in and of itself, all that entertaining. And even if it were, there are a couple hundred other singer-songwriters in Silver Lake/Echo Park alone who are already doing just that. If you were to learn how to actually entertain an audience of complete strangers, then you would be able to separate yourself from that pack.

Avoid marriage or any serious relationships. Break-up with the live-in boy/girlfriend. If you have kids, love them and keep them safe. If you don’t, don’t.

Everyone who’s ever been a performer knows that as soon as a significant other enters the picture, the career is put on hold. It’s scriptural––you cannot serve two masters. There can only be one driving force in your life––the pursuit of a career in music.

It’s okay to have a casual or friendly relationship––as long as it relieves tension instead of adding to your mounting list of fires to put out. You’re looking for HELP in furthering your career, not HINDRANCE. So you have to weigh the value of the relationship to the actual benefit. Relationships take time––do you have that kind of time?

Then there are kids. If you already have some, you have to stick with them and be a good parent. It is the only real responsibility you have in life. Do the right thing. But, if you don’t have kids and think you have to have some, join a band. Since all musicians act as if they’re 12 years old anyway, you can play out your parental role with them.

Avoid watching or following both real and fantasy sports.

Pointless. They take up way too much of your precious time. The same goes for binge watching Netflix/Amazon or just TV in general. Shut it off!

Get rid of your cat/dog/plants as well as all other high maintenance, non-musical responsibilities.

This instruction may actually be harder for some of you than losing family and unneeded friends––losing the pets and plants. But, let’s face facts: pets are just short of kids in regards to the time and money spent to keep up the maintenance. The food, the walks, the clean-ups, the vet bills and the accouterments are all drains on your time, your cash and the part of your brain that should be focused, once again, on your music.

If, indeed, you MUST have some downtime with an animal, offer to cat or dog sit for friends and neighbors while they’re away. At least you’ll be able to call on them for some awkward favor in the future. And don’t get me started on multiple pets or something ridiculous like horses. Who are you people?

Same thing with plants––they need daily care and, even then, they’re going to die. Plants are designed to thrive outdoors and on their own. Do not continue to live in the belief that somehow you’re going to have a garden in your apartment. Listen to reason for once, will you?

FINAL WORDS ON THE SUBJECT: I’m not going to attempt to list all of the high maintenance, non-musical responsibilities that you may come up with that could sway your attention away from your goal. Lose them all. Now. Today. And get on with living your life for yourself and your career. You do not have the time to waste. All of your clocks are ticking – musical, biological, and financial. So do it now! REMEMBER: It’s not about who has the most talent; it’s about who wants it more and is willing to work harder to get it!

LARRY BUTLER is a 40-year veteran of the music business. He currently consults as a live performance music coach based in Los Angeles. His new book, The Singer-Songwriter Boot Camp Rule Book: 101 Ways To Improve Your Chances Of Success, is available at Amazon in both digital and print configurations (amzn.to/2o4osB8). He also runs one of 365 insightful quotes from famous rock and pop stars every day on his Twitter feed -@larryfromohio. He can be reached through his website, diditmusic.com.