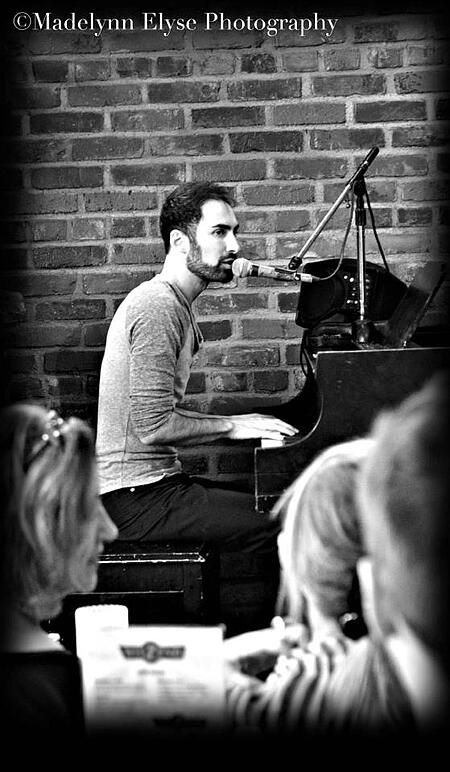 Having a powerful opening line is an important gateway into the lyrics of your song. A great lyrical introduction is an awesome way to get listeners interested in your story right off the bat. Plus, if it’s boring, you run the risk of losing them. People have really short attention spans these days, so effectively grabbing their attention early is crucial.
Having said that, I better get to my point… and make it quick! I recently revisited a great example of a strong opening line in the song “Round Here” by Counting Crows. The first line of the song says:
Step out the front door like a ghost into a fog,
Where no one notices the contrast of white on white
This is a great intro for a few reasons. The first is it’s really visual. Any time you engage the senses, you’re probably doing a good job of inviting people into your story. This line does that by engaging your sense of sight. It’s easy to picture a ghost and a fog as described here. Immediately, we set a stage of what this lyric will look like in our heads. And it’s effective.
It’s even fun to try and visualize the slight contrast that might actually be there between what we envision a ghost to look like and a thick fog.
In addition to that, this is a fantastic simile. There’s a comparison being made between someone who feels they just aren’t being noticed by the world, and a ghost in a fog. The element that ties these two thoughts together to make it an effective simile, is the idea that no one can see this person. It works very well.
This opening line is also very intriguing. After hearing it, I already want to know more because it’s so interesting. Had the first line had the same idea, but been said more simplistically and generically, I wouldn’t care as much. What if the song had opened with a line like this:
Step out the front door
Feeling like no one can see me
Eh. Suddenly I just don’t care as much anymore. I mean, it’s basically saying the same thing as the real first line, but in a bland, non-descriptive and generic way. Maybe I’d listen carefully to the rest of the lyrics. But maybe I wouldn’t. The “ghost into a fog line” is infinitely stronger and makes me want to stick around for more.
You can see how putting a really strong line up front is a great way to get your listeners excited about your story right off the bat. Granted, you want to keep them interested as your story continues along, but that first line can be crucial to getting their attention. Good imagery with a strong simile or metaphor, like we saw in the opening line of “Round Here,” is an awesome way to get your song rolling.
For a lot more useful songwriting information, grab my free eBook here: http://successforyoursongs.com/freeoffer/
For more information on USA Songwriting Competition, visit: http://www.songwriting.net