Songwriting Tip: The Rhythm of the Melody 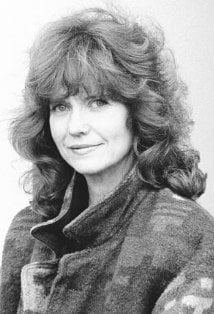 “Top line” writers, as they’re often called, are writers who write melody or lyrics-- or melody andlyrics—over a track provided by the track writer, who’s often the producer, the DJ, whoever is providing it. I won’t get into the disputes that often come up over ownership and who wrote what. The subject I’m tackling is how hard it is to write a melody over a chord progression that never changes. Of course, some tracks have different chords in different sections of the song but many of them have the same chord progression in the verses as in the choruses, etc. So if you’re not paying attention to the rhythm of the melody, you can have trouble getting the melody over the verses to sound different from the chorus melody. Often, the melody that the top line writer comes up with has such rhythmic variation and melody shape, you don’t even notice the chords are the same. And, of course, the track builds. But in traditional songwriting, one of the goals is to have as much difference as possible between the verse and the chorus. And with the same chords, it can really be a challenge.

As I said in the chapter of my book mentioned earlier:

It’s an interesting exercise to spend a week listening only to rhythm of melody. Whenever the radio is on, or a CD, home in on that one facet. See where the melody starts in relation to the count of “one.” See if it’s relatively on the beat or on an “and” or an “oh” as in “3-oh-and-uh”—in other words, syncopated. See if the verse differs from the chorus in this regard. Never mind the shape of the melody or its interaction with the chords right now, we’re just listening for the rhythm of the notes that are sung.

I used to have a friend who would tap out rhythms on my arm and see if I could guess the melody. Sometimes, it would be so distinctive, I could. Try tapping out the melody to “As Time Goes By,” on someone’s arm and see if he/she can guess it. Or “America” from West Side Story. If your friends give up, hum it for them without words and they’ll hit their heads like someone in a V-8 commercial. The truth is, in both of these old songs, the rhythm is very distinctive. But it’s also true of most songs that the rhythm of the melody is as important to its personality as facial features are to a person’s appearance. It just seems to be the part of melody that gets discussed the least.”

The rhythm of the melody has always been important but today for the top line writer, an analogy comes to mind. If an artist is told he can only paint vertically on the canvas—no horizontal lines---he’d better have a complete palette of colors at his disposal. With the same chords over and over, for it not to sound like Chinese water torture, he’d better be well versed in the rhythmic variations to the melody.

Harriet Schock wrote the words and music to the Grammy-nominated #1 hit for Helen Reddy, "Ain't No Way To Treat A Lady" plus many songs for other artists, TV shows and films. She co-wrote the theme for “Jakers! The Adventures of Piggley Winks,” currently showing in 30 countries. She and her band were featured in Henry Jaglom’s film “Irene In Time” performing 4 of Harriet’s songs. She also scored two other Jaglom films and starred in “Just 45 Minutes from Broadway.“ Jaglom’s current release is “The M Word” for which Harriet wrote the featured song.  Harriet has written the songs for “Last of the Bad Girls,” a musical with book by Diane Ladd. Karen Black wrote the play, “Missouri Waltz,” around five of Harriet’s songs, which ran for 6 weeks at the Blank Theatre in Hollywood as well as in Macon, Georgia. Her catalogue musical, “Split” for which she wrote book and songs is currently in production. Harriet teaches songwriting privately, in classes and through a popular online course by private email. In 2007, Los Angeles Women In Music honored Harriet with their Career Achievement and Industry Contribution award. For her performance schedule, list of credits and samples of her work or information on he rbook (Becoming Remarkable, for Songwriters and Those Who Love Songs), her songwriting classes and consultation, go to: www.harrietschock.com