[Songwriting Advice] Some Tips on Editing and Re-writing A Lyric 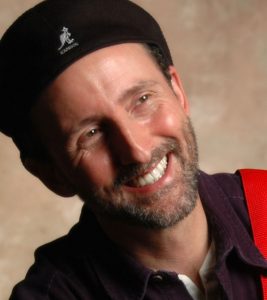 I’d like to introduce you to Tom Kimmel. Along with releasing several major label albums as an artist himself, Tom has written songs covered by Johnny Cash, Joe Cocker, Linda Ronstadt and Randy Travis among others. Tom’s insights into the lyric-writing process are well worth a good read. Enjoy! 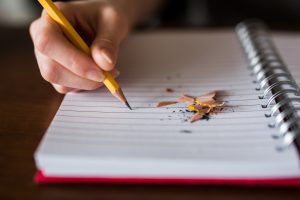 For some of us, a lyric rushes out into the world before we can think much about it and sometimes it’s a fine lyric, just as it is. Other times, even if we feel a strong personal connection with the lyric, it could be strengthened with a little work.

On the other hand, often a lyric comes in dribs and drabs, and once we have a complete draft we might be so relieved that we declare it finished prematurely.

In both cases, a lyric might benefit from a fresh perspective and a willingness to tinker a little.Songwriting Tips

Ted Kooser, one of my favorite poets, says that even when one of his poems comes out in one piece he still plays with it a bit to see if it might be improved. He hastens to add, however, that no matter how much or how little re-writing the poem requires, he wants it to read as if it flowed from the pen.

We songwriters have a similar goal. We want our songs to slide by easily without calling too much attention to themselves even if the lyric has real content and depth. To that end, there are a couple of references I return to.

In order to achieve that, I may record a working version of the song-in-progress and listen to it softly or from a distance not analyzing the words, but listening for the sound and flow of the words. Do the words seem to roll off the tongue or do I stumble over certain sounds, words or phrases?

Chances are that if a lyric doesn’t sound good from the other side of the door, it won’t sound good up close either. So, in my book, it’s very important that a lyric sound and feel good. If it doesn’t, I can begin my re-write by asking these questions:

1. Do the syllables I emphasize when singing my lyric coincide with the notes emphasized in my melody? If not, I’ll try to adjust.

2. Do the number or words or syllables I’m placing in my lines and phrases make it easy for me to sing the song? If I’m cramming in too many syllables in a line or phrase, I can experiment with simplifying by making my phrasing less busy.

3. Likewise, I may need to add words or syllables to more closely coincide with notes of melody that I’m emphasizing.

4. Are most of the vowel sounds in my words easy to sing? For example, I’m probably going to avoid placing the words hat or it over a very high note!

Of course, strong lyrical content is extremely important to most songwriters, so the second way I approach a re-write or edit is by examining how the lyric unfolds as the song develops. I may ask myself, “Does my lyric and song unfold in a way that is satisfying, that holds the listener’s attention as well as my own?”

To consider this when I coach songwriters and lead workshops, I suggest that a song is very much like a three act play. Some of the story – be it a literal tale or an emotional or spiritual narrative – is revealed in the first act, which most often is the song’s first verse and chorus. The second act usually the second verse and chorus is a new beginning; more of the story is introduced and then summed up in the second chorus. The remainder of the story is then told in the third act often the bridge and final chorus.

In my own work, if I then see that I reveal too much, too soon in my songI make changes. One technique espoused by a friend of mine is to take the first verse and make it the second verse… and to write a new first verse that is more of a prologue… so that the story has somewhere to go! Likewise if the song is slow to develop, I have the option of trying my second verse as the first verse. Experiment!

Bottom line: a song is not a painting. It doesn’t exist all at once. It has a beginning, middle and end, and it needs to flow, rise and fall throughout its lifespan. (In filmmaking they call this advancing the narrative.)

So let’s say I’ve got my song sounding good and I’ve got my story unfolding in a nice way. There’s still one question I ask about my lyric and that is, “Are all the lines in my lyric relevant to my theme?” In other words, does my whole lyric support the point or theme of my song? If I have some filler lines or phrases I’ll probably want to work on the song a bit more.

Finally, I have found that considering the above questions gives me a context for my writing. There are numerous details I can attend to, but if I don’t place the work of re-writing into this larger context, then all my work on the details likely won’t bring about the hoped for result.

In closing, I’ll share a technique I use over and over in the process of finishing or re-writing. If I’ve come to feel that I’ve been trying too hard to complete something that I’m using too much mental muscle because I’ve lost the creative thread then it’s important that I step away from the song, let it rest and come back to it fresh.

The single most helpful way I know to do this is to make a rough recording of the song, singing only the words I’m happy with and humming in places that might need a stronger lyric. It’s important that I don’t force words that don’t sound right or make sufficient sense. Then and this is keyI listen to my rough recording at bedtime. (And by that I mean listen last thing before I turn off the light.)

It’s amazing how often the right words will bubble up from the subconscious the next day… or soon thereafter.


Cliff Goldmacher is a songwriter, producer, session musician, engineer, author and owner of recording studios in Nashville, TN and Sonoma, CA. Cliff’s site, http://www.EducatedSongwriter.com, is full of resources for the aspiring songwriter including monthly online webinars.