[Songwriting Advice] How to Write Song Hooks That “Hook” You in 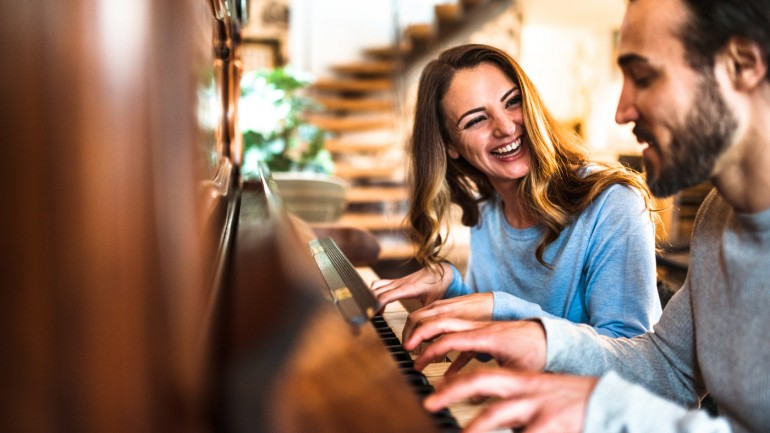 The more you have, the better your chances of having a hit...

What constitutes a hook? Any element of a song that grabs a listener’s attention and “hooks” them in. With there being so much competition for our listeners’ attention, including multiple hooks throughout our songs has become more important than ever.

According to an article in The Atlantic magazine, “A short-attention-span culture demands short-attention-span songs. The writers of Tin Pan Alley and Motown had to write only one killer hook to get a hit. Now you need a new high every seven seconds—the average length of time a listener will give a radio station before changing the channel.” In that same article, Jay Brown, co-founder of Jay Z’s Roc Nation label, was quoted as saying, “It’s not enough to have one hook anymore. You’ve got to have a hook in the intro, a hook in the pre, a hook in the chorus, and a hook in the bridge, too.” Mega-hit songwriter/producer Ester Dean, with hits by artists including Rihanna, Selena Gomez, Nicki Minaj, Katy Perry, Kelly Clarkson, echoed this sentiment almost word for word.

Note that some people refer to a song’s chorus as its hook, using the word “chorus” and “hook” interchangeably. But hooks can be in any section of a song. Let’s take a look at some of the various types of hooks we can incorporate into our songs.

Instrumental Hooks
Including musical hooks—catchy melodic phrases that repeat throughout our songs and do not include lyrics—can help keep our listeners engaged. In some instances, such as those listed below, an instrumental lick serves as the heartbeat of the song.

It would be hard to find a more iconic musical hook than the one that is the basis of the Rolling Stone’s seminal hit “Satisfaction” (written by Mick Jagger and Keith Richards). Keith Richards’ driving guitar lick is every bit as memorable as the melodies Mick Jagger sings.

“Layla” (recorded by Derek and the Dominos and written by Eric Clapton and James Beck Gordon) is fueled by Clapton’s iconic lick. This musical motif is heard during the song’s intro and repeatedly throughout the chorus. It is interesting to note that the song ends with an entirely different instrumental segment.

Notice the use of multiple instrumental hooks in Vanessa Carlton’s self-penned hit “A Thousand Miles.” The song opens with an instantly identifiable musical phrase played on piano. It also features a piano interlude between the lines sung in the verses, as well as an additional hook (played by strings) in the pre-chorus.

A strong case could be made that in the aforementioned songs, the instrumental hooks are the songs’ most memorable and important components.

Signature Licks
In many cases the musical hook is introduced at the onset of the song. In these cases, they can also be considered signature licks. In my article for BMI’s The Weekly I defined a signature lick as a memorable melodic motif—an instantly recognizable musical phrase—that is heard at the beginning of the song. It is also sometimes heard throughout the song, especially during the turnaround, the musical interlude between the end of the first chorus and the subsequent verse.

Unique Instrumentation
The instruments chosen to perform a riff or a lick can make a major contribution to the song sounding hooky and differentiating itself from the competition. The Beach Boys’ “Good Vibrations” is a prime example. It features a catchy lick paired with the sound of an electro-theremin to create a hook that played a big role in propelling the song to countless critics’ “Greatest Songs of All Time” lists.

An excellent example of a musical hook made more memorable by the sound of the instruments playing it can be heard in Little Big Town’s first #1 single and CMA Country Song of the Year, “Pontoon” (written by Barry Dean, Natalie Hemby, and Luke Laird). The catchy lick, played by a mandolin and mellotron synthesizer, is heard during the song’s introduction, throughout the verses, and in the song’s turnaround.

In American Idol winner - Phillip Phillips’ “Home” (written by Phillips with Drew Pearson and Greg Holden) an instrumental section essentially takes the place of a chorus and is the most unforgettable part of the song. It is interesting to note that the melody of this section is performed primarily by vocals singing the syllables “ooh” and “ahh” and includes no other lyrics.

“Wipe Out” (written by Bob Berryhill, Pat Connolly, Jim Fuller, and Ron Wilson, and performed by the Surfaris and covered by the Ventures), one of the most recognizable songs from the sixties, was probably most famous for its use of a drum pattern as a hook.

Non-Lyric Vocal Hooks
Sounds such as “ah,” “oh,” “ooh,” “hey,” and “I” can create powerful hooks when sung to memorable melodies. One of the most memorable elements in the Bee Gees’ disco classic “Stayin’ Alive” (written by Maurice, Barry, and Robin Gibb) comes each time they sing the phrase “ah ah, ah ah,” followed by the title.

Nonsense syllables, such as “rah rah, ah-ah-ah, ro mah ro-mah-mah,” and “Gaga oh-la-la,” are sung by Lady Gaga to establish an utterly unique hook that burns into listeners’ brains in her massive #1 hit “Bad Romance” (written by Lady Gaga and Nadir “RedOne” Khayat).

And there is no overestimating the contribution of “yeah, yeah, yeah” to the Beatles’ “She Loves You” (written by John Lennon and Paul McCartney).

Catchy Rhythms
Listen to the songs referenced below and you’ll hear how unique rhythms can become a song’s most hooky element. The syncopated rhythms heard throughout Jason Mraz’s breakthrough single “The Remedy (I Won’t Worry)” (written by Mraz with Lauren Fownes, Scott Spock, and Graham Edwards) create a hook in and of themselves.

The catchiest, most memorable moment in the Supremes’ iconic hit, “Stop! In the Name of Love” (written by Lamont Dozier, Brian Holland, and Eddie Holland) is the pause after the word “stop.”

A “Money Note”
An unexpected, ear-grabbing note can serve as a powerful hook. The “money note,” as it is sometimes called, refers to that “wow” note that can be largely attributed to a song’s success. It can be a high or low note, as long as it demands attention. For a great example, listen to the low note that accompanies the word “low” in Garth Brooks’ “I’ve Got Friends in Low Places” (written by Dewayne Blackwell and Earl Bud Lee).

Lyric Hooks
While most people associate hooks with melodic elements, lyrics can be hooky, too. A compelling story that keeps a listener waiting to learn what happens can keep our audience hooked in. Great examples of story songs include “Ol’ Red,” recorded by George Jones, Blake Shelton, Kenny Rogers, and written by Don Goodman, Mark Sherrill, and James Bohan) and “Lola” (recorded by The Kinks and written by Ray Davies).

A unique title or a phrase within the lyric can also serve as a hook. Listen to Sugarland’s clever “It Happens” (written by Kristian Bush, Bobby Pinson, and Jennifer Nettles) to hear an exceptional example of a lyric hook.

Summary
Note that in all of the referenced songs the hooks are heard repeatedly. While we want to serve up multiple hooks, we also want those hooks to repeat throughout the song, so they become familiar to the listeners.

Whether your hooks are comprised of memorable instrumental phrases, unique sounds, nonsense syllables, unexpected rhythms, attention-grabbing titles, money notes, they are the tools you can use to hook in your listeners—and keep them on the line.


[Reprinted by permission from BMI]

Jason Blume is the author of 6 Steps to Songwriting Success, This Business of Songwriting, and Inside Songwriting (Billboard Books). His songs are on three GRAMMY-nominated albums and have sold more than 50,000,000 copies.