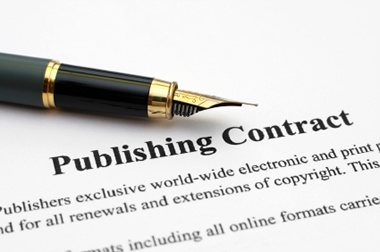 I started writing songs quite late in life relatively.

I’d mostly had a successful career in management and business, having started and managed one very successful business, followed by another disastrous one that ended up costing me my house.
It was during the aftermath of my failed business venture that I wrote a song that opened the door to my unexpected creative path.

Within my first two years of writing, I was offered 28 separate single song contracts with various publishers.

Strangely, I don’t really know why I set out to get a publishing deal, other than it seemed to be the Holy Grail of songwriters I’d met at the various Network Events I’d attended. I was even invited out to Nashville for a month to write with some of the best writers on the Planet. I learned a lot in a very short space of time. I was like a sponge; soaking up every piece of information I could. Lots of Tips and Tricks, about writing better songs, but also lots of plentiful advice about getting published.

I figured that while I was in Nashville, I would write and record 4 songs, get 100 CD’s done and put them in a rucksack so I could knock on every door on Music Row.

Before I left London, I went to see Dr Richard Niles, who had previously picked out one of my songs at a Network Event, as “ an excellent example of songwriting”.

I went to his house and played him 14 songs in the hope that he’d think all my songs were fantastic.
I came away quite bruised to learn that he didn’t think quite as much of some of these other efforts as the one he’d picked out previously.

He did narrow things down to 5 “potential hits’ that I could take with me.
So, armed with my new CD, I went door-knocking Nashville and was surprisingly, soon offered 4 single song contracts. I was over the moon.

I came back to London feeling like I had made it. I also came back with some regret; realising that I had, after all these years of being very commercially aware, I hadn’t actually given enough time to my creative side. Oh boy ! I wish I had discovered songwriting earlier in life.

A couple of weeks later, the publishing contracts came through.

I’m no lawyer but it was at this moment that I’m glad I had the business background I’d had, because to me, the contract was so loaded in favour of the Publisher, I thought “how can I even begin to negotiate this?”.
I took some legal advice, and sure enough, I needed to go back to the publisher and ask some pretty blunt questions about changing the terms to a more favourable arrangement.
A few days went by, and I was met with an email which basically said “ this is the same contract we’ve been using for years; if it’s good enough for Scottie Turner, it’s good enough for you. I thought “ who the hell is Scotty Turner? Little did I know he’d written with everyone from Buddy Holly to Willie Nelson.

I did say it was a steep learning curve.

There was no advance, completely exclusive rights to use my songs as they damn well please, anywhere in the world, for as long as they wanted and I couldn’t do a damn thing about it, even if I wanted to get out of it, in the event that they didn’t do anything at all with my songs. There were no guarantees about how they would help me promote the songs. So, in short, they were happy to sit back and take the money, but, as far as I could see, they were never actually going to do anything for their money, and no transparency about showing me any accounts.

I can see why some people get duped into thinking a publisher is a great person to have in your camp once a song is making money,  providing the terms are on an equal footing, but why on Earth would someone be so keen to sign something so detrimental? I didn’t get it. I still don’t get it, even now.

Some have had advances but most don’t. Either way, an advance is only a loan against potential future income. You still have to pay it back.

I probably sound like I’m against publishers. I’m not.

I’m happy to sign any deal that is going to be mutually beneficial, but like anything in this business, if it’s good enough for Scottie Turner, it probably means it belongs in a bygone era where Musicians and Songwriters were exploited, and it isn’t worth signing. Some might argue though, that with Streaming sites offering creatives like us such a pittance, the Scottie Turner model is as prevalent today, just living in the clouds.

There are 4 or 5 publishers that I deal with who I trust implicitly and who help me progress my songs. I have built these relationships from a humble door knock or from meeting them at network events. I don't drive them mad, but when I have something I think they could work with or they have something they think I can help with, we reach out.

Be careful out there with any deal that’s offered to you and seek proper legal advice. The Musicians Union provide some legal assistance for free as part of your membership and most lawyers are happy to give you some introductory advice before you commit to any fees.

We hope you enjoyed this story and piece of advice, to find out more about our friends at Music Gateway you can visit their website and check here Music Gateway Review.