How to Stay Positive About Songwriting 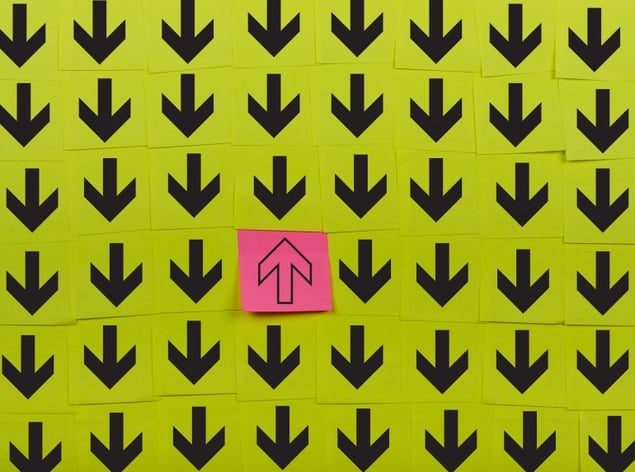 The road to songwriting success is almost always a long and bumpy one, paved with frustration and disappointment. There are far more stories of successes that took many years, or even decades, to materialize than tales of overnight success. Some of my songwriting students navigate that road with smiles on their faces and hope, enthusiasm, and determination in their hearts. Others become bitter and disillusioned, spouting a steady stream of everything that’s wrong with today’s music and music business. While there might be some temporary satisfaction gained from blaming and complaining, it rarely leads to success unless it serves as a motivator to take the actions that can propel your career.

I understand frustration. For eleven years I took every songwriting class and workshop, read every book, and devoted every spare hour to studying my craft and furthering my career before I was able to earn a meager living as a songwriter. Five additional years passed before I had hits on the charts. During many of those years I worked long hours at miserable temp jobs and day jobs I loathed. So I understand the exasperation of feeling that despite my best efforts my dreams stayed just beyond my reach. But I also understand the power of determination, believing in ourselves, and perseverance, and I know that pessimism is not conducive to achieving our goals.

For some lucky people, a sunny attitude comes naturally. But some of us have to cultivate optimism. I asked my songwriting students and social media friends to share the tools that help them remain upbeat and optimistic on their songwriting journey.

The most consistent suggestion I received was to derive rewards from the process of writing, as opposed to waiting until some tangible aspect of success (such as having a hit single, signing a publishing deal, or securing a record deal) occurs in the future. These successes might—or might not—occur. But those who are motivated by a passion for creating music add richness to their lives every time they put pen to paper or compose a melody. Any accolades or successes their songs might achieve are a bonus.

Many songwriters who responded to my query expressed the importance of surrounding themselves with people who believe in their talent and encourage their creativity. These might be family and friends or they might be members of a songwriters’ organization. They also stressed the importance of interacting and networking with others who share their goals and enthusiasm.

Those who radiate a positive attitude tend to attract others like themselves who bolster and support each other, exchanging contacts and resources as they work to attain their mutual goals. Conversely, writers who spew negativity tend to be avoided by those who are focused on success.

Viewing their journey through a lens of gratitude is a common thread among writers who celebrate their creativity. Many of the respondents stated they maintain a positive attitude because they are grateful to have dreams and goals to pursue, regardless of any success that might or might not develop. They also felt gratitude for the gift of being able to express themselves through lyrics and music, the challenges of improving their craft, and the creative people with whom they share their journey.

Celebrating the “little” successes, such as finishing a song you love, recording a demo, receiving positive feedback, or winning a contest can all serve as validation that we are on the right road.

I’m positive that staying positive makes us happier and more desirable to work with, and that positively gives us a better shot at accomplishing what we hope for. So seek ways to let your writing be its own reward; surround yourself with those who believe in you, and with optimistic people who are on similar journeys; remain grateful for the gifts and the dreams you’ve been given, and for every success along the way; and as the Carter Family sang, “Keep on the Sunny Side.”

Jason Blume is the author of 6 Steps to Songwriting Success, This Business of Songwriting, and Inside Songwriting (Billboard Books). His songs are on three Grammy-nominated albums and have sold more than 50,000,000 copies. www.jasonblume.com