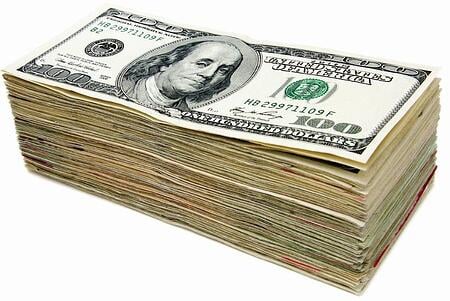 A pro songwriter points the way toward profitable projects

Songwriting—it has such a nice ring to it. You know what would sound even better? Making money from it. How in the world does one even begin to start that process? Following up on my article in our last Songwriters’ Issue (March 2012), here are some more ideas and talking points for the songwriter with serious ambitions.

There are hundreds of success stories about one-hit wonders and flavors-of-the-month, and they all have one thing in common: Somebody was in the right place at the right time. But to get ready to make the most of that right moment requires patience, organization, and, of course, talent! Meanwhile there is one avenue to making money from your music that has become much more accessible than it used to be—licensing. We’ll focus on that. But first, let’s talk about another kind of focus—yours.

Where is your focus?

Will you be a professional songwriter, writing for a job, or are you going to write what you want, and damn people’s opinions/agendas? If it’s the latter, keep your day job—forever.

Make a decision and stick to it. What are you going to shoot for? Have you considered writing for television, or for advertising, or movies? While it’s not realistic to absolutely want to decide this early on, somehow you already know whether you gravitate towards The Beatles, or John Williams, or both.

No matter what music genre and media outlet you have in mind, songwriting comes down to one thing, and that’s a hook and a theme. If you try to go pro with the widest appeal, Pop music owns that market. There are so many Pop writers and writer wannabes. How does one stand out?

These days Pop music encompasses everything from Hip-Hop to Country, to Rock, etc. One of the biggest mistakes inexperienced artists/writers make very early on is that when they’re asked what their genre is, they say something like “Well it’s a little Pop, with a little Country, and some Metal, and Progressive Rock, etc.” Do you know what that tells me? It tells me that you have no idea what the heck you’re doing. No focus!

If you suddenly decide that you’re going to write Pop songs, and your favorite band is Metallica or some stoner band, you’ll never get it. If you didn’t gravitate towards Pop early on, chances are you never will. If you really want to study the great Pop writers, I highly recommend learning the entire Beatles and Monkees catalogues. Pop songs in the ‘60s were so simple, yet really hooky, and many are great examples of the lyrical and musical simplicity needed to grab hold of the average radio zombie listener. How does the listener relate to the lyrics? Is the hook stuck in their head for the rest of the week? A writer can’t go wrong with universal themes, but deliver them in a clever way. This sets one apart.

Once you’ve gotten your focus together and produced some decent tunes, make some decent demos. Presentation is everything. If your music is rendered professionally, you’ll be perceived as professional right off.

While it’s not vital to do so, many committed pro songwriters find that to get where they want to be, they have to move to where the business is. Try Nashville, Los Angeles, etc. When you get there, seek out publishing houses, jingle houses, and the like. Make a professional presentation. Assume everyone will say “no”, but keep pushing and writing. If you want to be a jingle writer, make up jingles for various products already on the market.

For songwriting I suggested to focus on one style, but in the case of jingles, no matter what music style, it is also true that the focus is the hook and its clever delivery. That’s the universal factor in jingles. So try making everything from a 1940s vibe to modern ad music.

Network and collaborate. Go to every networking event you can. Make note of the major names, seek them out at functions. Network with other aspiring writers as well, and collaborate with them. You never know, one of them could be the next John Lennon, and if they get a hit, it could rub off on you. Just make sure you know how much of the song you retain before you leave that night.

Be quick. When someone asks you for something, get it to them quickly and perfectly. No half-assed work, as that first request could end up being your last.

Study everything. Understand that there is always something to learn, and that you must be open to anything. I have friends who are some of the top players in the universe, have been in the top bands, and still strive to learn new things. I also know some guys who are 40 years old, still talk about a garage band they were in at age 20, haven’t done anything since, and think they play as well as Alan White of Yes. That type of mentality/ego has no future. You can never peak at your skills, you can only evolve. The moment you think you’ve done it all is the moment you should quit.

Have you heard of Jingle Punks? Check out some of the shows they provide music for. If you’re determined to try as many avenues as possible, watch the shows they work with, study the music they use, and make loads and loads of tracks just like the ones they broadcast. Seek out the music supervisors/editors, and try to get noticed somehow.

Learn the business inside out. Make sure you learn how licensing deals, songwriting deals and fees all work. There are plenty of resources available, and it is essential that you understand it all. It’s not enough to write a great tune, you have to learn how not to get screwed when you sell it.

These are somewhat general and idealistic concepts, but they will get you there:

~ Pray. Religious or not, you’ll need all the help you can get. It’s free, and couldn’t hurt even if it does or doesn’t work.

~ Perfect your craft. I’ve seen so many artists who do not have the capacity to understand how crappy they are!

~ Persevere. Those who have great skill and are determined always rise. Some kind of niche and opportunity will present itself as long as you do not quit.

Put these concepts into practice, and you’ll be on the road to success in a very difficult business. But if nothing else, they may help you to realize that you really did want to become an architect, like Mother suggested.

Eric Alexandrakis (alexandrakis@recordingmag.com) is a highly successful songwriter, producer, and recording musician. He was a pioneer in digital copyright protection, producing the first-ever digitally watermarked CD while in graduate school, and has had several top-40 hits on the Adult Contemporary charts. Learn more at www.ericalexandrakis.com.