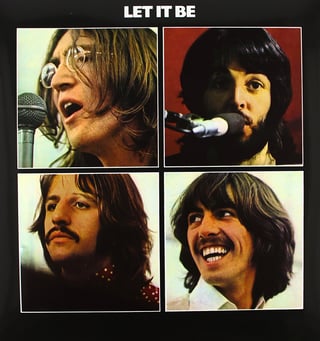 5 Beatles Secrets about Songwriting I wish I'd discovered decades sooner 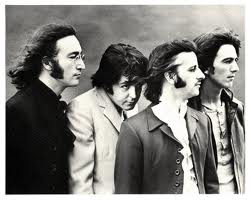 The Beatles are known as the most successful music group in music history, selling over a billion records worldwide. The songwriting partnership between Lennon and McCartney is legendary. The Beatles collectively were also songwriting Ninjas, but they employed many tricks that anyone can add to their songwriting tool box. Here are 5 less obvious examples:

As well as starting songs with the chorus, some of The Beatles’ greatest hits open with a chorus hybrid that previews the title and hooks.

The intro to Help has the same chord progression as the chorus but moves twice as fast and features the title 4 times (to the chorus’s 3).

Use this trick and by the time you reach your chorus the listener will be hooked by the reassuring feeling that they’ve heard your song somewhere before.

Also used on: She Loves You, Can’t Buy Me Love.

We expect to hear blue notes like the b3, b5 and b7th in rockers like Back In The USSR but the Beatles often added these notes into more melodic material too.

In Blackbird the final phrase uses the b7 on inTO the LIGHT and the b3 on dark BLACK night.

Tricky to pull off if you’re not a confident singer — you might want to insert the blue note into your chord until you’ve learnt to pitch it correctly. Using it will add a soulful edge to your melodies.

Also used on: Ticket To Ride, From Me To You.

Starting a song on the tonic chord is a rut the Beatles managed to avoid a surprising number of times.

Eleanor Rigby starts on C major (the bVI of Em) before heading to the home chord. It’s one of the many things that gives the track such an immediate sense of tension. Using this trick will give your progressions more forward momentum.

Also used on: All My Loving, Hello Goodbye.

4. Utilise The Outside Chord

Many of us employ ‘out of key’ chords (whether we realise it or not!). But out of 186 Beatles compositions only 22 remain in key!

In Strawberry Fields Forever, Lennon pulls the rug from under the Bb major tonality by replacing the F major chord with an F minor .

It’s like the stomach drop you experience on the crest of a rollercoaster. Later he creates a disorientating momentary high by replacing the Gm with a G major.

Eb Nothing to get G hung about

Outside chords will surprise your listeners and freshen your melodies.

Also used on: I Am The Walrus, Fool On The Hill.

Take A Day In The Life. 4 verses, a middle 8 and only one repeated line.
And yet it’s memorable (in part) because of lyrical links like these -

I read the news/saw a film today, oh boy
and though the news was rather sad/holes were rather small
found my way downstairs/coat/way upstairs
I just had to laugh/look

Using this subtle trick will make your lyrics sticky and give a sense of unity to a track.

"I don't work at being ordinary" ~ Paul McCartney
"Try to realize it's all within yourself no one else can make you change, and to see you're only very small and life flows on within you and without you" ~ George Harrison

Matt Blick is an Eclectic Electric Songwriter and Singer. He writes interesting articles relating towards songwriting and being an independent music artist. He can be reached at www.mattblick.com as his personal site and Beatles Songwriting Academy (www.beatlessongwriting.com). For more information on USA Songwriting Competition, go to: http://www.songwriting.net