PASSING OF A SONGWRITING AUTHOR 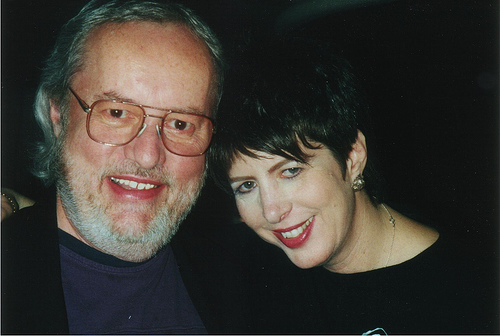 LOS ANGELES, Jan. 22, 2013 /PRNewswire/ -- John Braheny, the man known as the "Songwriters Best Friend," and the author of the best-selling book The Craft and Business of Songwriting died January 19, 2013 after a long bout with prostate cancer, in Los Angeles. He was 74.

Along with partner Len Chandler, Braheny was the co-founder and director of the Los Angeles Songwriters Showcase (LASS), a national non-profit organization that provided exposure and encouragement to an impressive list of later-to-be-successful new writers and writer-artists from 1971-1996 including Fleetwood Mac's Stevie Nicks and Lindsay Buckingham, Janis Ian, Warren Zevon, Karla Bonoff, Stephen Bishop, Wendy Waldman, and pop music's most successful contemporary songwriter, Diane Warren, for whom Braheny and Chandler critiqued over 150 songs when she was only 15.

In recent years, Braheny has taught songwriting and music business seminars across North America and classes at UCLA, Musicians Institute, LA Recording School (Hollywood) and the Songwriting School of Los Angeles. As a journalist, he published over 600 in depth interviews for a variety of magazines including the magazine he co-founded and edited for LASS, The Songwriters Musepaper. John conducted audio conversations with 55 hit songwriters for United Airlines in-flight Entertainment Network from 1998 – 2005, and was the on-air co-host of Samm Brown's For the Record broadcast on KPFK, Pacifica Radio in Los Angeles.

Born in Iowa, Braheny first broke into the music business as a touring and recording artist and released a solo album in 1970 titled Some Kind of Change. His songs were recorded by others including"December Dream" cut by Linda Ronstadt and the Stone Poneys.

Braheny served three terms on the Board of Governors of the L.A. Chapter of the Recording Academy. He was past president of the California Copyright Conference (CCC), and served on the Board of Directors of the National Academy of Songwriters (NAS), the Songwriters Guild of America, and on the boards of advisors for many songwriters organizations throughout the U.S. and Canada.

John is survived by his wife, JoAnn, a brother Kevin, a sister Mary, a son, Michael Toth, a grandson, Evan, and thousands of grateful songwriters.

Plans for a memorial celebration are pending. Visit the Facebook page "Friends of John Braheny."