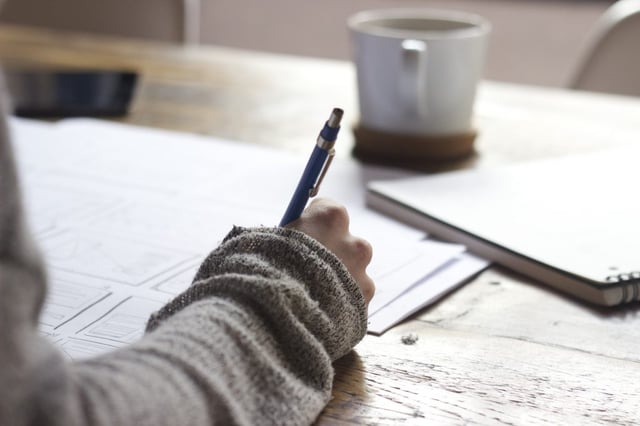 In an era of significantly shorter attention spans and increasingly distracted listeners, you, as songwriters, have an even greater responsibility to grab your audience as quickly as possible. The first and best place to do this is in your song’s intro. This can be done partly in your songwriting and partly in the production of the song demo. By writing better song intros, you’ll stand a much better chance of getting your listeners into your song right away.

1. Keep your intro short and to the point
I’ll start this article with a story. I was backstage at a music conference a few years ago listening to two panelists chatting before going on stage to do a song critiquing session. One of the panelists was a seasoned conference veteran and the other was relatively new to the game. The new panelist was asking the older panelist what he should do as he’d never done a critiquing session before. In response, the older, more experienced panelist said “If you can’t think of anything to say, tell them to cut their intros in half.” In other words, it’s a common mistake to make your song’s intro longer than it needs to be. I get it. As writers, we love the idea of setting the scene and creating a mood before we get to the verse but, unfortunately, it’s a luxury we can’t afford. Perhaps your mom will listen – and enjoy – a long, winding introduction to your song but unless your mom also happens to run a record label, it’s probably a better idea to keep your intro short. It’s our job to make every note count and the best way to do this is to use only as much runway as is absolutely essential to set the scene.


2. Use a catchy instrumental hook/riff
Think of the intro to Eric Clapton’s “Layla.” You know immediately what the song is from the first notes of the opening riff. There’s no reason you shouldn’t consider a similar approach in your own songs. A catchy intro riff is the perfect way to no only grab your listener’s attention but make your song is memorable so that it can be recognized almost instantly when it begins to play. The “hookier” you can make your songs the better and an intro riff is exactly the right way to go about it. A common device is to replay that intro riff at various points throughout the song like after each chorus and in the outro as well. The trick here is to make sure that while the riff is catchy, it’s not too repetitive. One way to avoid this is by modifying the intro riff by a note or two when it comes back around so that it’s recognizable while not overdoing it. Another way to avoid needless repetition is to leave out the riff in the body of your verses and choruses.

Creating a memorable intro lick is as difficult as writing a great melody or a meaningful lyric. A few was to help yourself along might be to start the song with a great groove or feel and to mine your chorus melody for direction. Anything you can do to get the various parts of your song to relate will make the overall cohesion of your song that much better. Finally, intro riffs sit in that murky area between songwriting and production where they’re not melody and lyric but they are an integral part of your song’s identity. That being said, it’s well worth your while to keep them in mind when demoing your songs.

3. Use dynamics
The hallmark of a polished and professional song demo is not only the great recording quality and performances of the musicians and vocalist but the dynamics. In other words, the way a song expands and contracts with volume and intensity does wonders when it comes to getting – and keeping – a listener’s attention. Often, coming out of the gate with a big, splashy intro is a great way to catch your listener’s ear but it’s also the subsequent dip of volume into the verse that serves to highlight just how dramatic/memorable the intro actually was. Secondly, carefully consider which instrument you’re going to use to convey your intro riff/hook. Sometimes the song calls for a bolder statement of theme like from an electric guitar while at other times it can be more a more subtle piano figure. Depending on the song, it can also be extremely effective to have multiple lead instruments play the hook/intro lick in unison for a more “orchestrated” feel. As I mentioned earlier, keep in mind that when it comes time to play in the verses and even the choruses, it’s better to let the melody of the song (i.e. what the singer is singing) take precedence and the lead instruments should take a back seat.
Conclusion

When it comes to your song intro, you only have a precious few seconds to make an immediate and lasting impression on your listeners. This is important not only for pitching your song to the music industry decision makers but also for anyone who you’re hoping will respond well to your song. Keep your intros short and impactful and you’ll have gone a long way towards achieving your goal.


Cliff Goldmacher is a songwriter, producer, session musician, engineer, author and owner of recording studios in Nashville, TN and Sonoma, CA. Cliff’s site, http://www.cliffgoldmacher.com, is full of resources for the aspiring songwriter including monthly online webinars.