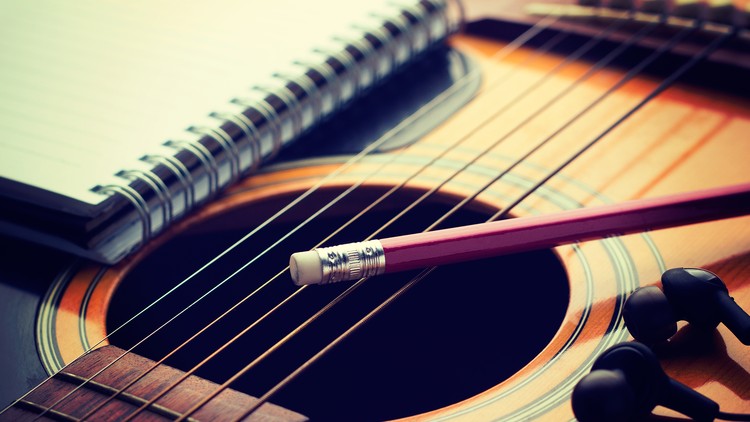 There are basic principles about the way chords work that aren't much affected by genre. What that means is that whether you write rock, heavy metal, country, folk or some other style of music, most chord progressions are interchangeable between genres, with a few minor considerations.

If you're a chords-first kind of songwriter, you can find your process grinding to a halt if you can't come up with a progression that you like. So if you find your ideas for chords are drying up, the following seven ideas will help, regardless of the kind of you music you typically write.

1. Beg, borrow and steal.
Chord progressions are one of those song elements that are not usually protected by copyright, so it's fine to take progressions that you like in other songs, and use them in your own.

Keep in mind, however, that if you feel compelled to borrow more than just the chords, and stray into borrowing the tempos, rhythms and basic sound of the progression as it exists in someone else's song, you're straying into a dangerous area where you could be guilty of copyright infringement. (We've learned this lesson from the Robin Thicke/Pharrell Williams situation with "Blurred Lines"). Just be sure your treatment of the chords you borrow is truly your own.

3. Create chord progression palindromes.
A palindrome usually refers to a word or a phrase that reads the same in both directions ("Madam, I'm Adam", for example.)

Some chord progressions will work well if you switch direction in the middle and finish it in reverse. Something simple like:

The longer the progression, the trickier it can be, so experiment to see what works. Here's a more complex example of a palindromic progression (try 2 beats per chord):

4. Use the circle of fifths.
If you're not familiar with what the circle of fifths is, you'll find lots of info online. To get you started with it, picture a clock face where the chord C major (or A minor) is at the 12 o'clock position, and each number in the clockwise direction is the chord that's a fifth higher. Going in the opposite direction, each chord is a fifth lower.

Take a look at most chord progressions, and you'll see that this fifth relationship is very important, and gives strength to the progression. A great example: C-F-Dm-G-C. Most of the adjacent chords are fifth away from each other: C to F, Dm to G, and G to C.

A quick way to make use of the circle of fifths: Play a C, then play any other chord that exists naturally in C major. From there, move backward (counterclockwise) through the circle until you reach C again. So let's say that you decide to play Em after C. Using the circle, you'd follow that Em with Am, then Dm, then G, and end on C:

5. Use a bass pedal point.
This doesn't create a new progression for you, but if you've come up with a progression that sounds a bit disorganized or overly complex, keeping your bass sitting on one note -- usually the tonic note -- will add a kind of musical glue to that progression and make it sound stronger.

Here's an example: This progression might sound a bit complex:
C-Ab|Db-Eb|F-Bb|D-Db|C

Now, play this progression again, but keep a C as your lowest note. You'll see now that the C anchors everything, and keeps the listeners' minds riveted on the key of the progression: C major.

Bass pedal point works for any progression, and some bands, like Genesis for example, made great use of them.

7. Switch the mode of your progression.
If you've written a progression in C major, but you just don't like it, before you toss it aside, try switching to minor. You may need to consult chord charts to do this if you haven't done it before, but here's what it looks like:

Take this progression from C major: C-F|Dm-G|Am-G|C
Now change the chords to the versions you'd find in the key of C minor: Cm-Fm|Ddim-G|Ab-G|Cm

(Note that in minor keys, it's often the case that you'll play the fifth chord (G, in this case) as a major chord.)

Summary
I love songs with complex chords that really sound like they're taking me on a musical journey. But at the same time, it's possible to get far too wrapped up in trying to create an original progression that no one else has tried. The complexity or simplicity of a progression does not make or break a song. When songs sound great, it's almost always because of the strength of the lyrics and melodies. And then, at the production level, the strength of the performance.

So it is possible to worry too much about chords. It's far better to use a simpler progression that you know will work, than it is to create a complex progression that leaves your listeners wondering what's going on.

But if your ideas for chords have truly dried up, I hope one of those seven suggestions for coming up with something you can use will be beneficial.


For information on the 26th Annual USA Songwriting Competition, go to: https://www.songwriting.net