Are you making these mistakes in Songwriting? 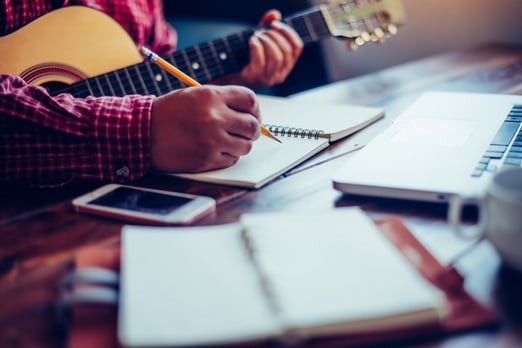 Sara Light is a professional songwriter. She has the privilege of training other music industry professionals on how to successfully offer song feedback. She has observed that there are certain craft points that, if not executed correctly, get flagged over and over again by song coaches and mentors. Here are the two most common:

Big Mistake #1: Trying to put too many ideas into one song.

In order connect emotionally to your audience, it is important for your song to have a “universal idea” such as falling in love, falling out of love, unrequited love, or just about any love-adjacent subject including family life, loss, escape and so on. But here’s the trick – you get to the universal through the SPECIFIC. In other words, the more you can whittle down your big idea into a concise moment or feeling in time or a very specific story that illustrates that idea, the more you will keep your listener engaged, and the more your own personality and “voice” as a writer will come through.

Make sure you can sum up your entire song in ONE simple sentence that starts with “This is a song about…”. If you cannot complete this in a sentence, you probably have too many ideas. It helps to know your title before you write the song. Then, make sure every line in that song leads the listener to the title in some way specifically and emotionally.

I Will Always Love You written by Dolly Parton

This is a song about a woman who is telling a man that although she knows they aren’t meant to stay together, she will always love him anyway.

This is a song about a woman who thinks of love as a game and is seducing a new lover to play with her.

This is a song about a man who is finally ready to commit to the woman he loves and is asking her if she loves him too.

Contrast is another way of saying “change it up.” While it’s true that you need a certain amount of repetition in a song to give the listener something to sing along with or dance to, too much repetition becomes boring and the listener will tune out. If the entire three-and-a-half-minute track basically sounds the same – boring. If the melody sits in the same pocket the entire time – boring. If the lyric says the same thing over and over without any new information along the way – what do you think? I know this seems obvious, but it’s very common for the first draft of a song to be a real snooze fest.

Shoot for having three distinct parts to your song for the listener to latch on to. Musically, the tools at your disposal are the melody, the chords, and the rhythm. Make sure at least one of those things changes between each distinct section such as the verse, chorus, and bridge. Lyrically, you can contrast the rhyme sounds, the rhyme scheme, the pronoun emphasis (I/You), the rhythm (e.g. long lines vs. short lines), and general or detailed images. In the production, you can create subtle and not-so-subtle transformations in the track with the instruments, the rhythms, the vocals, and so on.

Somewhere Over the Rainbow written by Harold Arlen and Yip Harburg is one of the most covered songs of all time. Notice in particular the rhythmic contrast of the long lines in the verses that contrasts with the staccato rhythm of the bridge section.

Chandelier by Sia. Chandelier has it all when it comes to contrast. Notice in particular, the clear rhythmic changes between the verse, pre-chorus, chorus. Also, note the huge soaring melodic contrast in the chorus, as well as the harmonic (chord) contrast in the bridge. And of course, the way the production builds and breaks down and builds again throughout.

Example of musical and production contrast.

When you listen to songs from now on, see if you can pick out the universal theme as well as the more specific way that the theme is addressed by the songwriter. Ask yourself if the title or hook is clearly explained. Also, listen for musical, lyrical and production contrast throughout the song. Will every song you hear be a perfect example of all of these techniques? Definitely not. But my guess is you will hear them a lot more when you know what you are listening for.

Sara Light has been writing professionally in Nashville since 1996. Her credits include the John Michael Montgomery title track and the hit single "Home To You" which received an ASCAP airplay award in addition to being named SESAC song of the year for having garnered 2 million spins on radio. She also composed songs for the musical "Urban Cowboy, The Musical" which opened on Broadway in March 2003 and was nominated for a Tony Award for Best Original Score." Sara has always combined her love of teaching with her love of songwriting and has given countless songwriting seminars throughout the U.S. and Canada. In 2001 she co-founded, along with her husband Danny Arena, the online educational website www.SongU.com. Besides being one of the main administrators (and now bloggers) Sara teaches Song Feedback and Lyric Writing at SongU.com.