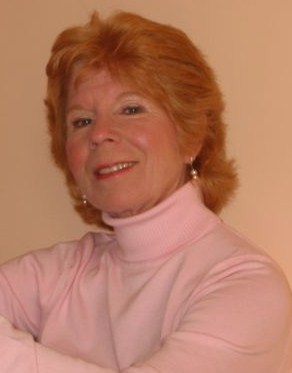 Too many very, very talented lyricists introduce themselves to me, and to everybody else on the planet, by saying “I’m just a lyricist.”

“No you aren’t,” I tell them. “I want you to value your work and yourself and proudly tell people ‘I write lyrics!’”

It’s difficult at best to write half a song. For much of my early career, I was intimidated by the talented, world-class film composers who were my writing partners. Back then, I was content to write words only. But I never told anybody “I only write lyrics.” Instead, I said, “I’m a lyricist,” and made it sound as triumphant an undertaking as finding a York Peppermint Patty that was 100% protein and good for my teeth.

It’s all a matter of self-esteem, isn’t it? Doing something well and knowing your craft and practicing that craft even when nobody else but you appreciates your contribution, can be a thankless undertaking. But if you have a gift with words, you have a responsibility to use it, and to keep on doing what you’re doing, no matter who attempts to belittle you.

If one of your lyrics is suddenly orphaned, save it, you can use it later. It may feel doomed, but save it anyway. Things in the arts have a delicious way of turning around down the road.

Announce that fact in front of a big mirror ten times a day. And then call your voice mail, booming , “I write lyrics!”

Finding your music can be daunting, but I’ve been very lucky in matching good wordsmiths with equally talented composers. Everybody knows my clients are good, dedicated to their craft and no matter where they live or what they do for a living, their lives are about their words. So I feel honored to help them, and you, to find your music. Our consultations can change everything.

Sometimes, even when we find what we think is a great melody, the business stuff can mess up the song, and we’re left with our words – but without a single note, back at square one. (That’s why I always do the deal, and get everything signed, BEFORE I pick up a pencil, no matter who’s waiting on the other side of the desk.)

If one of your lyrics is suddenly orphaned, save it, you can use it later. It may feel doomed, but save it anyway. Things in the arts have a delicious way of turning around down the road.

Three times a year, which is about normal, my collaborations “collapse”, but the worst/best recent story happened a few years ago when I was co-writing with a new artist who got new boobs and started believing her press releases, then trashed some lyrics I’d written for her. I thought I’d done a particularly good job, but she yanked her melody and that was that. So there I was with an orphan lyric, and for three years, whenever an occasion arose for which I felt it was suited, I presented that set of words. But nobody – I mean NOBODY – wanted that lyric. And I was spending whole days with the duvet pulled over my head.

That’s a terrible place for a creative person to be, because it means we’re giving our power to someone else to determine our value. But we know who we are, don’t we? We know our gifts, right? We know our contribution. Nobody else has the right to deflate us, no matter what record or publishing company he or she runs.

Four years later, my rejected lyric, “I Hear Your Heart,” was suddenly being sung all day, every day, throughout Europe. It was performed in Athens in the finals of Eurovision by a group called Cosmos, who “got” what I was saying. So who was right about it? Me or that D-cup dilettante who dissed my writing all those years ago?

It all starts by saying “I am a lyricist” as loudly and proudly as you’ve ever said anything before.

After lyric, song and instrumental marketing consultations with Molly, six of her clients have won Grammys, nine more have Grammy nominations, and so far, 6238 of Molly’s protégées have placed their work in TV shows, movies, on CD’s in commercials, and their songs/tracks have been downloaded all over the web. It all starts with a consultation. www.songmd.com