WE DON’T CARE WHAT REALLY HAPPENED 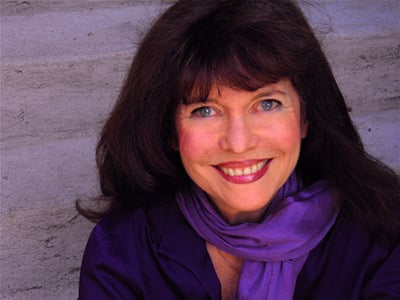 I have a chapter in my book Becoming Remarkable called “Reality: the Training Wheels” which points out how helpful it is to a songwriter to write something real because the pictures are there in his memory to access for the story. That does not mean, however, that what actually happened needs to be the story line of your song. I also have a chapter called “Truth vs. Facts.” For my full view on both of those points, I can refer you to those chapters. The point I’d like to make here is that sometimes writers get hung up on what actually occurred and fail to see the “truth” of the situation. If the truth of your song is that you miss someone like mad, and he happens to be a few miles up the street, you don’t have to say that. Putting him in another continent can tell your story just fine. Many people know that “Midnight Train to Georgia,” by Jim Weatherly was originally “Midnight Plane to Houston.”

I rarely tell the story of how “Ain’t No Way to Treat A Lady” started out, and never in print, but here goes. The first verse starts “I guess it was yourself you were involved with…I would have sworn it was me.” The first actual words I wrote down were…”I guess it was myself I was involved with…I would have sworn it was you.” Well I knew that wasn’t going to fly (and yes, I was on a plane at the time). I immediately changed it. With the change, it led easily to the last two lines of the verse “I might have found out sooner if you’d only let me close enough to see.” Maybe in real life I had taken responsibility for the disaster of the relationship, but I sure wasn’t going to write the song that way. They say that everyone in a dream is the actual person dreaming. I happen to think that’s true of songs too. Everyone in our song is actually us. Now THAT’S a scary thought. But isn’t it also liberating? We can be the villain we’re vilifying. And ask any actor: Aren’t villains more fun to play?

So be the villain and write a song to yourself from the hero’s (heroine’s) viewpoint like Sting reportedly did in “Every Step You Take” written from his wife’s viewpoint.  No one will know who is who. And as long as it’s compelling, we won’t care at all if it “really happened that way.”

Harriet Schock wrote the words and music to the Grammy-nominated #1 hit for Helen Reddy, "Ain't No Way To Treat A Lady" plus many songs for other artists, TV shows and films. She co-wrote the theme for “Jakers! The Adventures of Piggley Winks,” currently showing in 30 countries. She and her band were featured in Henry Jaglom’s film “Irene In Time” performing 4 of Harriet’s songs. She also scored three other Jaglom films as well as starring in “Just 45 Minutes from Broadway.“ Jaglom’s current film, “The M Word” features Harriet’s song, “Bein’ a Girl,” sung on camera. Harriet is in the process of writing the songs for “Last of the Bad Girls,” a musical with book by Diane Ladd. Karen Black wrote the play, “Missouri Waltz,” around five of Harriet’s songs, which ran for 6 weeks at the Blank Theatre in Hollywood as well as in Macon, Georgia. Harriet teaches songwriting privately, in classes and a popular online courses by private email. In 2007, Los Angeles Women In Music honored Harriet with their Career Achievement and Industry Contribution award. For her performance schedule, list of credits and samples of her work or information on her book (Becoming Remarkable, for Songwriters and Those Who Love Songs), her songwriting classes and consultation, go to: www.harrietschock.com