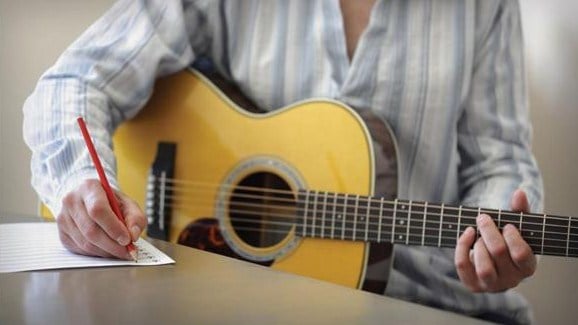 A long-time student of mine, Michelle Krell, brought me a quote from Julianne Moore, winner of the Oscar this year for best actress:

“I’m looking for the truth. The audience doesn’t come to see you, they come to see themselves.”

This is certainly true of acting, but it’s also true of writing. The truth will hold up a mirror to the listener. This idea may be hard to sell in a business and a world that is rampantly narcissistic, but maybe it will appeal to people’s ambition. It simply works.

When you’re writing a song about yourself which is no doubt infinitely interesting to you, look for the pictures in the lyric that will draw the listeners into the story and help them see their own lives. And look for the universality of the truth. And I don’t mean vagueness. Some writers try to be general and not specific because they think more people will relate to it. That never works, unless it’s a special piece for a film where it can’t be specific. But if you start singing vague generalities in a show or an open mic, watch the audience start talking among themselves. Make sure the melody also communicates the message in a compelling way. See if it makes your own hair stand on end and play it for friends and strangers before you demo it to see if it does the same to others.
I have a chapter in my book called “Truth vs. Fact in Songwriting.” We should feel free to change the facts to tell the truth. That’s one of the best things about being a songwriter. We can change ALL the facts. And we’ve probably tried to change the truth a few times too. But that simply doesn’t work as well… not if it’s a real truth we’ve got in our sights.

I’ve come to the conclusion that excellent creative work on a subject people are not interested in can go pretty much unnoticed whereas bad work on a subject people ARE interested in can become quite well known. Just go to the movies sometime. But back to songwriting, that’s why there are so many songs (spanning the whole spectrum between excellent and mediocre) about people falling in love or people nursing a heartache. But if you want to write a song about an interesting character like “Mr. Bojangles” or “Fancy,” you had better put the listener at the movies, filling the lyric with visuals. “Try,” written by Colbie Caillat, Babyface and Jason Reeves, pulls off the difficult task of attempting to change behavior. But it does so with a lot of visuals, a universal theme, a melody with more hooks than a tackle box and a light touch on the preaching. (The video didn’t hurt either.) So if you want to write something about a subject that isn’t going to attract only teenagers in love or broken-hearted drunk people, then you’re going to have to try harder. You’re going to need to put some extra craft into it, some visuals that draw the listener into their own lives. Give them some indisputable truth that will give the listener an “aha!” moment, because even though you may be the one up there singing and their eyes are on you, it’s themselves they’re thinking of. It’s their lives they’re trying to understand better. And aren’t we lucky that we get to help them do that?