How to Write A Hit Song

How to Write a Hit Song 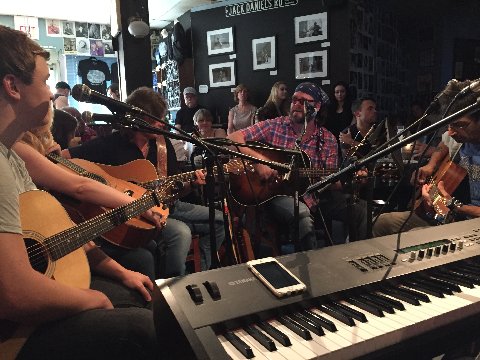 I WISH I knew. If I had the answer I would have written a whole lot more. Anybody who tells you there’s a formula...like always have the title in the first line of the hook or always get to the chorus in thirty-seven seconds, is probably describing a winning scenario that works sometimes, but I assure you, no formula will work every time. As for me, as soon as I think I’ve found the perfect cocktail, somebody hides my vodka.  Having said that...I have picked up some songwriting tips from partners and colleagues that have resonated with me over the years. Such as...

• Stay True —I was on a songwriting panel with Kara (“American Idol”) DioGuardi, and she said something that was quite matter-of-fact. Let me Karaphrase: “If it doesn’t feel inspired going in, it won’t feel inspired coming out.” Sometimes the simplest ideas go under-appreciated. How many times have I been complicit in finishing a song I wasn’t “feeling,” so as not to be the stick-in-the-mud or disappoint my co-writer? The answer is: a lot more than I’d like to admit. Even though sometimes those songs manage to get recorded, more often than not, they don’t, and then I fail with something I didn’t believe in in the first place.

My apologies to everyone who saw the title of this chapter and thought by reading it they’d know how to write a hit song. It’s just not that simple. If I had to come up with one X factor that I could cite as a characteristic most hit songs have in common (and this excludes hit songs that are put forth by an already well-oiled machine...that is, a recording artist who has so much notoriety and momentum that just about anything he or she releases, as long as it’s “pretty good,” will have a decent shot at succeeding), I would say it would be:

A universal sentiment in a unique frame. 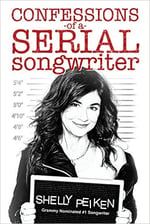 Shelly Peiken is a Hit songwriter who is best known for writing #1 hits "What A Girl Wants" and "Come On Over Baby (All I Want Is You)" by Christina Aguilera, #1 hit "Bitch" by Meredith Brooks, and the Top 20 hit "Almost Doesn't Count" by Brandy. She has also written songs that were recorded by some of the biggest names in music: Celine Dion, Britney Spears, Gladys Knight, Cher, Gloria Gaynor, Samantha Fox, Taylor Dayne, Natalie Cole and many more. She wrote the book "Confessions of a Serial Songwriter” published by BackBeat Books, available on Amazon and at Bookstores near you.