7 Ways of Letting Go of Perfectionism to Write Better Songs 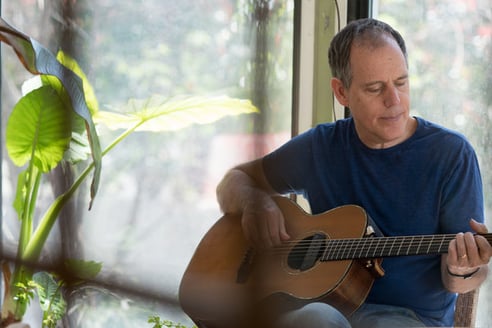 Many of us believe perfectionism is positive. However, in Songwriting and music creation, it is anything like that. Perfectionism is a self-defeating way to write a song. It is built on an excruciating irony: making, and admitting, mistakes, experimentation is a necessary part of growing and learning and being human to write a great song. Mistakes are human. So, let your songs reflect your humanity.

So, here are 7 ways of letting go of perfectionism to write better songs:

Are you are waiting for the perfect time and perfect inspiration to write a song? Don’t, it will never happen! If you’re looking for momentum in your songwriting, get in motion – just write anything even if it wild and crazy!

Despite all that, their songs "Go Your Own Way", "Dreams", "Don't Stop", and "You Make Loving Fun" were released as singles, all of which reached the Billboard Hot 100 Charts.

“Rumours” has sold over 45 million copies worldwide, making it one of the best-selling albums of all time.

Fleetwood Mac band members Lindsey Buckingham and Stevie Nicks were having an on and off relationship that led them to fight often. That led Lindsey Buckingham to write "Go Your Own Way", which eventually became a Classic Pop/Rock Hit song on radio stations today.

It is important to keep a book or recorder of melodic or lyric ideas. Have a book or smart phone by your desk, bed or car handy to record any ideas you may have. It's amazing how easy on how you can record snippets of melodies or words on your smart phone.

Malcolm Gladwell says it takes 10,000 hours to become an expert, so how do we get better at writing? Just write and write often and take action.

4. Wait to Re-write Your Songs.

The idea here is to not critique or edit until you’ve produced your first, terrible draft. Write that, step away, and return to it later. It is possible that when toy wake up the next morning, your fresh mind comes up with fresh ideas.

Have you run out of ideas? You may try writing with other songwriters, producers, musicians, lyricist and more. Most of the songs on the Top 10 of the Billboard Hot 100 charts are co-writes. #1 Hit song "Circles" was written by four songwriters, and not by Post Malone himself. Same goes for #1 Hit Song "Blinding Lights", which was written by five songwriters. The Weeknd did not write the song all by himself. The top three songs of the past USA Songwriting Competition were all co-writes. Sometimes it takes a village to write a great song!

6. Chill out, Don’t take Yourself too Seriously.

I need to lighten up more; so do you. Writing should be fun. Example:

"Badge" was originally an untitled track by the Rock group Cream. During the production transfer for the album Goodbye, the original music sheet was used to produce the liner notes and track listing. The only discernible word on the page was "bridge" (indicating the song's bridge section). Due to Harrison's poor handwriting, however, Eric Clapton misread it as "badge” and thus the song was titled soon thereafter and became a hit on the Billboard Hot 100 Charts and became a Rock Classic.

7. Cut Yourself Some Slack (Give Yourself a Break)

You need to be more forgiving towards yourself. The best practice to embrace is forgiveness in order to allow you to keep progressing. So, you may not be that good at songwriting yet. Are you going to wait until you’re amazing to share your work? That day may never come. You may never write a single word. Instead, submit to the process and kind to yourself as you go. Just remember that it's progress and not perfection.


For information on the USA Songwriting Competition, go to: https://www.songwriting.net