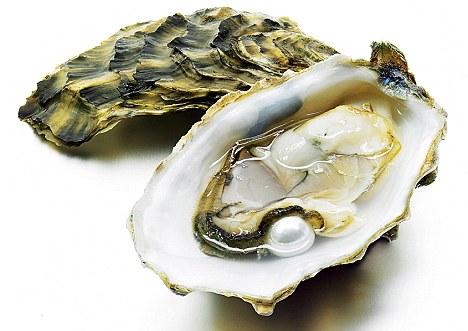 An oyster makes a pearl when some foreign piece of matter, like a grain of sand, has entered the oyster and he covers it with layers of nacre (mother of pearl). Basically, he’s sort of spitting at it because it’s an annoyance. I think songwriters are like that. If something is stuck in our craw, so to speak, we spit at it until we get a song. Or if we are longing for someone, unbearably, we write a song to give an outlet for all the feeling we can’t express to the missing or oblivious person. There’s usually an element of “reaching for” or “unfulfilled” or “discontent” before a pearl of a song comes out.

This doesn’t mean all songs are going to express anger or longing. Sometimes, there’s a longing to express gratitude or abiding devotion. But there’s a longing there, nevertheless. It’s hard to express these things in day-to-day existence. I just got an assignment from one of my correspondence course students which is going to lead to a very positive song for his wife. I dare say it will have some lovely pearls she has never heard, even over the most romantic dinner. Art has a way of condensing and purging deeper emotions that mere conversation isn’t capable of expressing.

So where do we get the piece of sand? I’m sure there are a few things bugging you at the moment, but they would not all be great songs. In looking for a dry and boring subject to illustrate this point, my first thought was that the IRS would not necessarily inspire a good song, but then I remembered Alfred Johnson’s song “W2” and realized that in the hands of a skillful songwriter there are no bad subjects. But is there a rule of thumb? What might work better than what?

I’ve been interested for a long time in what brings inspiration. It seems that having a certain distance from that which is inspiring us is essential, even if you have to find a way to get that distance on purpose. It’s no accident that there’s an expression, “Never marry the muse.” A muse is worth its weight in plutonium. I’ve known people who have stayed in totally bogus relationships only because of the songs that person inspired, when in fact, there was no real relationship in the first place. But it was the equivalent of the eggs that Woody Allen mentioned at the end of “Annie Hall.” He did it for the eggs. We do it for the songs. And for some reason, doing anything that will close that distance changes the person from being a muse to being someone too close to serve that purpose.

I recently read a poem by Wislawa Szymborska, a Nobel prize winner and one of my favorite poets. It’s called “I am too close,” and one of lines, and the recurring theme, is: “I am too close for him to dream of me.” She writes about having her arm under her lover’s head as he is dreaming of an usherette he saw once. She nails this concept better than I’ve ever heard it discussed. We frequently write (and dream) about fantasies and longings, much more than we dream of those closest to us.

On the other hand, those of us who want to have it all try to find a way to long for what we have. Goldie Hawn once said in an interview that she fantasizes about Kurt Russell, her long-term partner. This keeps the dream alive and is something I consider very good advice. There is a rampant viewpoint that the thrill of the chase is the only thrill there is. After the “prize” is “won,” the game is over. This is patently an unevolved viewpoint, but it’s so ingrained and reinforced by films and novels and songs, that we sometimes forget we have a choice. The reason I mention this in a songwriting article is that it affects the way we write. It’s not just ruining our love lives; it’s ruining our songs. It’s also helpful to know the difference between something you’re writing about and something you want to curl up with for a lifetime.

Some people try to harness the muse and get it to go in an “appropriate” direction. The catch-22 of this is that only when you know yourself very well can you get this to work. And most people who know themselves very well have given up trying to steer the muse. They just let it be where it is.

I have lots of students who are happily married who write about some old relationship they never quite felt complete about. That’s where the juices are. They don’t want to be back there in that relationship. But that’s where the muse is perched. So that’s where they go for the characters and the songs. I think this is fine. I once asked my producer, Nik Venet, why a particular couple (both very creative, great songwriters) couldn’t make it together in life when they were obviously so much in love and they wrote such powerful songs about each other. He answered with a succinct wisdom he was known for: “Fire needs more than fire. It needs wood.”

So back to our oyster analogy. It used to require a search of over 1000 oysters to find one pearl. Now, cultured pearls are made by putting a bead in an oyster and putting him back into the water. Then the pearls are collected. The cultured pearls are made the same way as naturally occurring pearls, except that some enterprising person decided to help nature irritate more oysters into making pearls. I realized while thinking this through that I do that on a daily basis with songwriters. I don’t have to insert the grain of sand like the person making a cultured pearl does. The songwriter already has one. They just don’t know where to look until I direct them. Once they get the knack of it, they’re off and writing.

Take a look at your own life. See where your beads are, and I don’t mean the perspiration on your forehead when you’re trying to pull a song out of nothing. There are plenty of sources of inspiration. Get out your radar and find that muse. She may be perched on the question mark of an old relationship. She may be looking out from the eyes of your present beloved. Or she could be leaping from the pages of an editorial that gets you crazy. Muses love to hide. But you’re a songwriter. It’s your job to find them.

For more information on the USA Songwriting Competition, go: http://www.songwriting.net