Songwriting Tip: Tying the Mood of Your Song to Your Lyrics 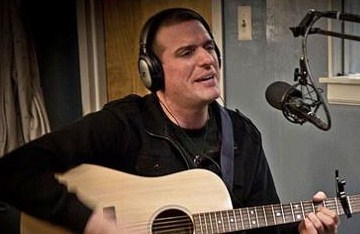 Songs are usually the most effective when the lyrics tie into the mood of the music. You may have heard a simplistic example of this by being taught that songs about happy things should be played in a major key, while more depressing songs are more appropriate to be in a minor key. This is certainly a valid thought, but tying your words to your music doesn’t have to be limited to that. There’s a whole world of opportunity for creating prosody in your music by marrying your song’s mood to its lyrics and overall idea.

There’s a great example of this in the song “Walking on Broken Glass” by Annie Lennox. The title of this song is a cool visual that relates the idea of heartbreak to walking on broken glass. In itself it’s a nice lyric because not only is the idea of walking on broken glass easy to visualize, but it’s something you can feel when you hear it described. The sensation of hard glass against your bare feet is easy to imagine, so it’s good imagery. It does a good job of bringing you into the scene of the story.

On the other hand, underneath those lyrics is a musical bed (or the arrangement of musical instruments being played under the melody) that has a very staccato feel to it, for a lot of the song. The synthesizer and piano is played in a very chopped up and broken fashion. If you’re not familiar with the song, or need a refresher, you can hear it here:http://www.youtube.com/watch?v=y25stK5ymlA

The connection that’s made between the lyrics and the music is that while the lyrics are discussing someone walking on broken glass, the music has a melody that sits on a broken up, staccato musical arrangement underneath it. You can almost think of the melody as the lead character while the musical bed underneath is the broken glass, if you wanted to think of this connection in terms of an analogy.

Sure, there are moments in this song where the music isn’t staccato and broken. But most of the times when the phrase “Walking on broken glass” is sung, it’s attached to a “broken” musical bed underneath. This is a nice gesture and sets an appropriate mood for the song. So not only are the descriptive lyrics helping to pull us into the story, but so is the feel of the musical accompaniment.

The only critique I can make here about how to music ties to the meaning of the song, is that this song is in a major key. You can hear it in the “happy” sound of the music. However, the lyrics are about heartbreak, so perhaps this song could have benefited from music that sounded a bit more melancholy.

But that aside, this song shows us a good lesson in prosody and tying our songs mood to what the words are saying through the use of a staccato sound attached to the concept of “broken glass.” I recommend trying to create moves like this in your own music whenever possible. It’ll help create a fulfilling listening experience for your audience. 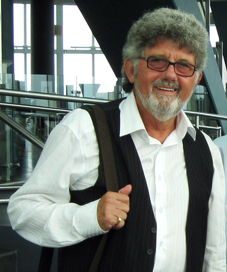 As a songwriter you cannot always rely on a blinding starburst of cosmic inspiration to suddenly overwhelm you and magically cause you to run off and write a songwriting masterpiece. Songwriting is hard work just like anything else that is rewarding or worthwhile. Even though writing songs may be a pleasurable task and something you love to do, it will still be a concentrated effort in order to get all of the interwoven intricacies of the melody, lyrics and the rhythm feeling just right.

In constructing a song, the mood of the lyric must match the mood of the melody and vice versa. This feeling or mood needs to be transferred to the listener so that they “Get It” and get the right message and that message is the overall feeling that you are trying to convey. Be precise and concise! Don’t confuse the listeners with long-winded flowery or syrupy words that would never be used in everyday conversation. Make the lyrics uniquely your own, well thought out and clever, yet uncomplicated; and the same rule should apply to the melody and chord change structures as well if you want to write successful popular songs.

Written by Ray Burton, hit songwriter of Helen Reddy’s “I Am Woman”. He has also worked with many of the giants in the business - Billy Joel, opened for the greats like QUEEN, AMERICA and many, many more. Bands include the world renowned original CROSSFIRE. Founding member of AYERS ROCK. Lead singer in the top pop band of the 70's THE EXECUTIVES.The silent achiever Ray continues to write for fellow music artists and musicians and offers a catalogue of over 200 songs much of which is new material as yet unrecorded.