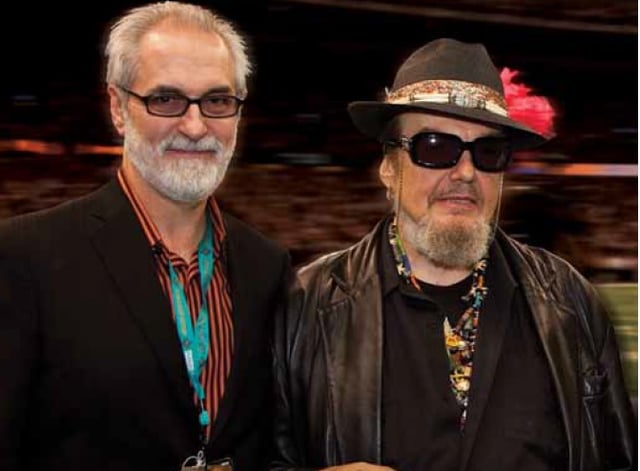 A film music supervisor wears many hats. The job involves working with the director and producers to secure numerous legal music licenses needed for music placement. You’re also involved with picking and creating new songs for use in key moments of a film. Perhaps my favorite job as a music supervisor is working with the composer on the film score that, in many cases, can make or break a film’s success and enhance the audience’s experience. Here are five things I’ve learned about making music for film.

1. Listen
Before you write a note of music, pay attention. A director will describe the feeling of the journey for the characters and the emotion of the film that they want the audience to experience. It’s the music’s job to take people there. Listen closely and take direction. That’s why they are called directors!

2. Know Your Audience
There are many different styles of films, from romantic comedies to super herofilled action epics. The audiences that these films are made for vary from middle-aged couples to teenagers and even young children. Each audience reacts differently and at different times to what they are seeing and hearing on the screen. Remember that the music must reflect this.

3. Create and Connect Themes
Several themes are required within any single movie, potentially including ones for love, hero, villain, chase, tension, and more. Sometimes you need to “sell” these themes in as little as 30 seconds or less. Linking themes together and making them connect is the key to an effective score.

4. More Is Less
The last thing a director wants is a score that competes with a film’s dialog. Whether a movie calls for a big orchestral score or a simple piano melody, the music must support the dialog and not overwhelm it. It must appear that the words are floating over the music, not drowning in it.

5. Enjoy the Process
Too many movies these days have sterile, boring scores. It often seems like composers are disinterested and simply going through the motions of making music for film. (And sometimes it is the movies themselves that are not very good)! Remember that music is the one thing that can make a horrible movie watchable. So create and have fun with the challenge of putting music to picture. Learning your craft is the first step toward winning that Oscar!

In a career spanning more than a quarter century, Ed Gerrard has managed numerous Grammy winning artists and supervised the music for 20-plus films and television series, including the new Miles Davis biopic Miles Ahead, which stars Don Cheadle and features a score by Robert Glasper. Ed Gerrard is known for his music work in Scream (1996), Scream 2 (1997) and Scream 3 (2000). Find out more at
www.impactartist.com