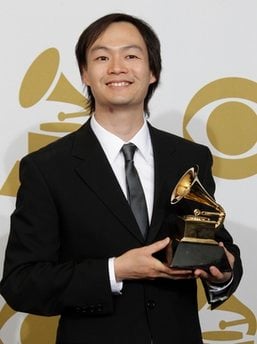 Christopher Tin is an American, Grammy-winning composer whose work is primarily classical, with a world music influence. He won two Grammy Awards for his classical crossover album, Calling All Dawns. He is also a composer for films, video games and commercials. Tin is best known for his composition Baba Yetu, featured in the 2005 computer game, Civilization IV. Christopher Tin made video game history today, becoming the first composer to win a Grammy Award for a song composed for a game. Tin took out the Best Instrumental Arrangement Accompanying Vocalist(s) at the 53rd Grammy Awards in Los Angeles yesterday for his composition "Baba Yetu", the opening track from Sid Meier's Civilization IV. Tin also won the Grammy for Best Classical Crossover Album for his debut album, Calling All Dawns, which also features the song "Baba Yetu".

He was awarded a Fulbright Scholarship, becoming the first to be awarded one for film scoring, to study composition and conducting at the Royal College of Music in London, and he graduated with a MMus with Distinction. He was also the winner of the Horovitz composition prize, and graduated with the highest grades in his class. He was also commissioned by the US Embassy in London to compose music for a string quartet. In 2003, he became a Sundance Institute Film Music Lab Fellow.
Darrell Scott (2005 USA Songwriting Competition First Prize Winner, Country) was nominated for a Grammy Award of Best Country Instrumental Performance of his song "Willow Creek" at the latest 53rd Grammy awards.

USA Songwriting Competition has a long history of having winners getting success, recording and publishing contracts, have their songs placed on the charts as well as having their songs placed on film and television. 2009 First Prize winner (country) was signed to Universal Records. 2005 First Prize winner (Pop) Kate Voegele was signed to Interscope Records the year after she won and had her winning song hit top 40 on the Billboard Charts, her latest album hit Top 10 on the Billboard 200 Album charts this summer. 2007 Overall Grand Prize Winner Ari Gold had his winning song “Where The Music Takes You” hit #10 on the Billboard Dance Charts. Judges include A&R managers from record labels such as Warner, Capitol Records, Universal, BMG/SONY Music.

Jonathan George, Songwriter/Producer speaks about songwriting and collaborating with music artists, songwriters and bands. He won overall grand prize in the 2009 USA Songwriting Competition with Sarah Lonsert and Jami Templeton:

Kate Voegele won first prize in the Pop category of the USA Songwriting Competition in 2005 and became the youngest winner at that time at just 18 years old as a teen phenom.

She went on to perform at USA Songwriting Competition showcase at SXSW (see picture below) and was signed to Interscope Records shortly after. Her winning song "Only Fooling Myself" went on to hit top 40 on the Billboard charts that year. Her 2nd album hit the Billboard 200 Album charts at #10. She has appeared on major TV shows such as "The Tonight Show", acted in "One Tree Hill" and toured with American Idol winner Jordin Sparks. 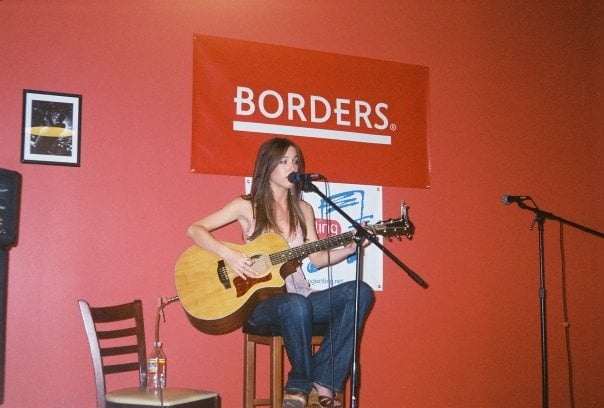 These are the top 10 USA Songwriting Competition winners of the decade:

3. Cathy Fink & Marcy Marxer. They won the first prize in the Children's music category of the 2005 competition for their song "Scat Like That". The album of the same name won a Grammy award in the "Best Musical Album For Children" category.

8. Darrell Scott. His song "Good Ol USA" (first prize winner of the country category in 2005) was released by Faith Hill's album in 2006.

9. Vikki Simpson. Vikki became the first non-USA based musician to ever will the overall grand prize at the USA Songwriting Competition. She achieved that in 2006. She is part of the award winning group "The Waifs".

10. Steve Tannen. Steve won the overall grand prize in 2001. He went on to get signed by Nettwerk records with his duo "The Weepies" .

Winning song of the USA Songwriting Competition on TV Tomorrow 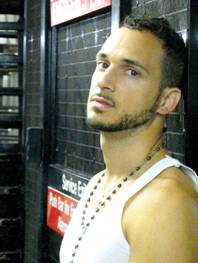 The 2007 Overall Grand Prize winning song of the USA Songwriting Competition "Where The Music Takes You" written & performed by Ari Gold will be on ABC TV's "Scrubs" on 12/16/09. The winning song hit Top 10 on the Billboard Charts 6 months after winning the competition. 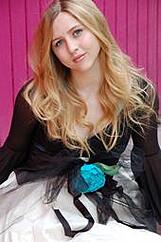 Teen phenom Sarah Lonsert won the Overall Grand Prize of the 14th Annual USA Songwriting Competition along with co-writer Jonathan George. Her winning song "Dancing Through Life" will be on the USA Songwriting Competition's compilation CD next year. Sarah Lonsert, only 17 years old, not only broke the first prize record of being the youngest winner but also the overall grand prize winner of being the youngest winner ever. The previous youngest first prize winner was Kate Voegele, who won in 2005 at 18 years old. Adrianne Gonzalez was the youngest overall grand prize winner at 22 years old when she won in 1999. Sarah also won first prize in the Dance/Electronica category, making her the first from that category to ever win the overall grand prize. Sarah Lonsert will be releasing a full length CD earlier next year. Although Sarah suffers from autism, she is a budding singer-songwriter and has also won the L.A. Music Awards last month.

Nicole Morier and Fabien Waltman from Los Angeles won the first prize in the Pop category. Nicole has written songs for Britney Spears and is also an artist. Helle Hansen (from Denmark) tied with Ariel Queupumil for having the most songs in the finals, at 5 songs each. Here is the list of winners:

Kate Voegele not only hit the big time by landing #10 on the Billboard 200 Album charts but also appeared earlier this week on Tonight Show "Conan O'Brien" on July 20, 2009. Kate got her start right here by winning the 2005 USA Songwriting Competition and she is still the youngest first prize winner at 18 years old at that time.

Aruna Sutra's song "Break You Open" which won first prize in the Pop category in 2004, hit the US Pop charts with a peak at #45 on the R&R® (Radio & Records) CHR/Pop Top 50 chart. R&R, like Billboard, is a national publication which tracks and monitors the most prominent airplay nationwide (CHR stands for Contemporary Hit Radio).